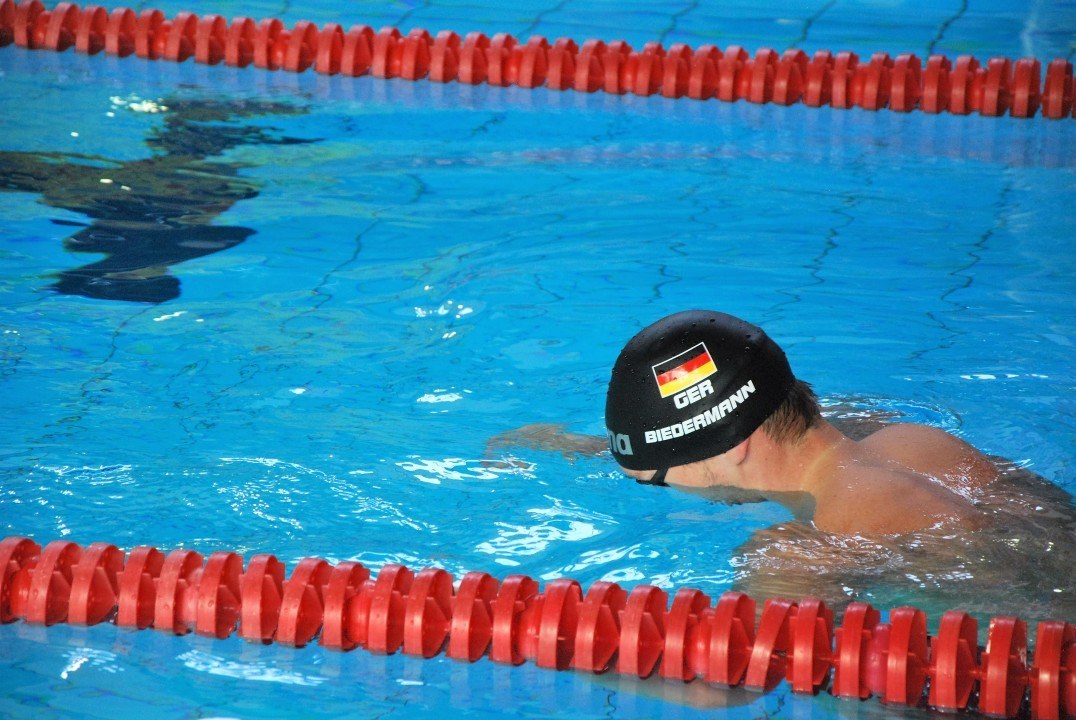 Today the German Open kicked off in Berlin – the last chance for some already pre-qualified swimmers to get their tickets to the Rio Olympic Games. Here is a short reminder about the German qualifiying standard:

The 2016 German National Championships were the first part of a two-step nomination procedure for the Olympic Games. The athletes had to swim defined times at National Championships in prelims and in finals. All swimmers who achieved the times would have been part of the so called “long list” and informed German Head Coach Henning Lambertz in the period of one week after German Nationals in which meet they wanted to confirm the required second performance of the nomination process: at one of the three meets of the Mare Nostrum tour or German Open. They could only choose ONE of these four possibilities. For these meets, other times have been set which are approximately 1,5 % slower than those at German nationals. All swimmers who reach the times and have also finished first or second at the German National Championships will qualify for Rio.

Munich’s freestyle expert Florian Vogel made the Rio Olympic team yet – but he also wants to swim the 200 m freestyle in addition to 400 m. Vogel needs to fight with Christoph Fildebrandt for the second individual spot alongside Paul Biedermann – Vogel and Fildebrandt must reach the nomination standards in prelims and finals at the German Open – if both crack the standard time then Florian Vogel may start in Rio because he finished second at the German Championships – but Christoph Fildebrandt will get a spot in the 4 x 200m freestyle relay.

The German Swimming Federation (DSV) has announced the  following athletes who have already qualified during the Mare Nostrum series for the 2016 Olympic Games in Rio:

Biedermann won’t swim at the German Open but Marco Koch is listed in the heat sheets in the 100 m and 200 m breaststroke.