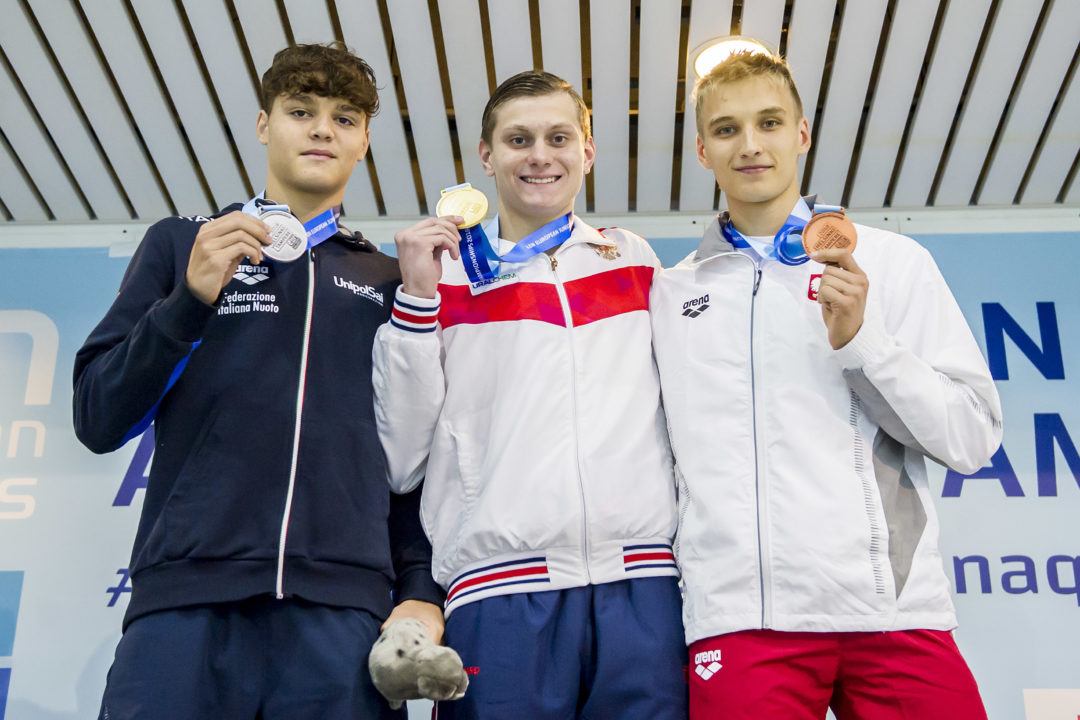 The winner of the men’s 100m breaststroke at this year’s World Junior Championships was 18-year-old Vladislav Gerasimenko. The teen clocked a gold medal-worthy effort of 59.97 to represent the only swimmer to dip under the 1:00 threshold in the final, holding off Americans Josh Matheny and Kevin Houseman who touched in times of 1:00.17 and 1:00.55, respectively.

For Gerasimeko, the teen was downgraded to bronze in this 100m breast event at this year’s European Junior Championships after having won both the 100m and 200m breast titles at the 2018 edition of the meet. Tonight’s upgrade to gold was consolation in itself, but the man also downed a notable Russian Age Record, rolling over Olympic medalist Anton Chupkov‘s previous mark.

Tonight, Gerasimenko’s sub-minute outing was composed of 28.15/31.82, so the man was quicker on the front-end to overtake Chupkov’s Russian Age Record.

The teen also now checks-in as the 8th fastest Russian, all ages, in the men’s 100m breast.

58.96 time from Chupkov was corrected to 59.06. The time from Glasgow final was all wrong, including that of Peaty.