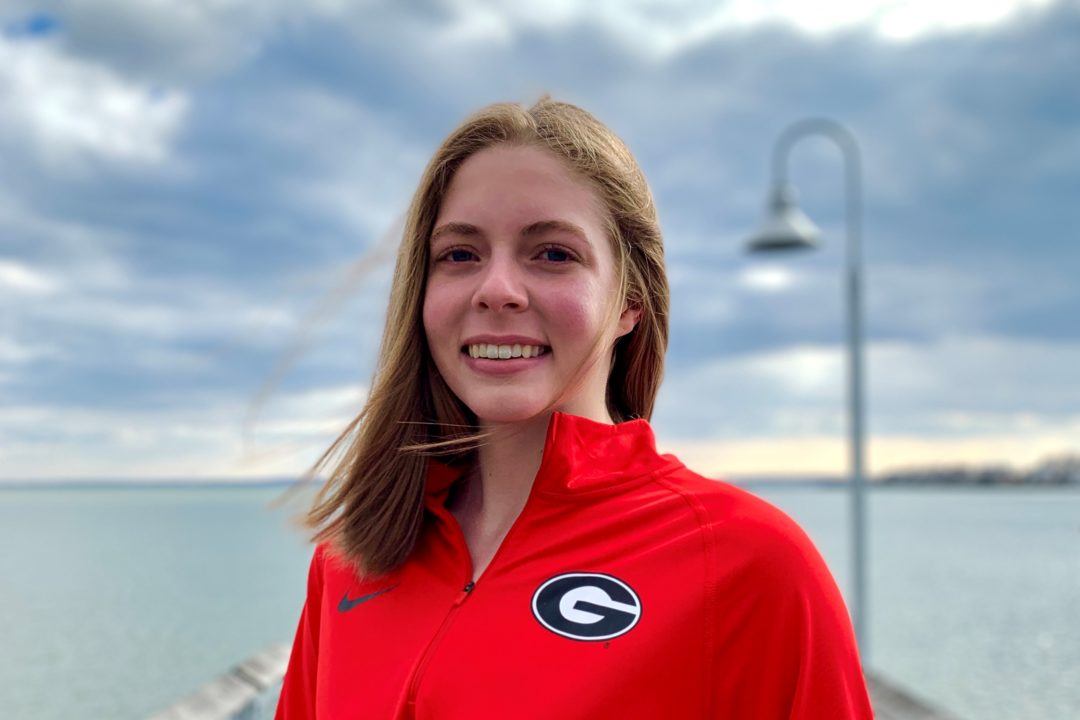 Parker previously represented both CATS Aquatic Team, when she lived in Bannockburn, Illinois, as well as Chelsea Piers Aquatic Club after moving to New Canaan, Connecticut. Her father was recently transferred to Pittsburgh for work, Parker’s coach Dave Schraven told SwimSwam, prompting the shift less than a year out from the 2020 Olympic Trials.

Parker, SwimSwam’s No. 9 female recruit in the high school class of 2020, chose Pittsburgh Elite based on her familiarity with National Age Group record holder Josh Matheny (class of 2021), who along with Parker represented the United States at the Mel Zajac Jr. International Meet and World Junior Championships last summer, as well as with Schraven, who was on the World Juniors staff.

Parker specializes in the shorter end of the freestyle range, was amongst the top women in America last season, and is a clear threat on all five Georgia relays. Two summers ago, Parker won the 50m free at the Junior Pan Pacific Swimming Championships in Fiji, going 25.39 to edge USA teammate Gretchen Walsh. At World Juniors last summer, Parker took second to Walsh, going 24.75 in the 50. She was the fifth-fastest American woman in the 50-meter free in the 2018-2019 season, earning a spot on the 2019-2020 U.S. National Team. She dropped .43 seconds last season in the 100 meter free for a new lifetime best of 55.23 as well. That ranks her 23rd among Americans, with the top 6 traditionally earning an Olympic spot.

Parker takes high school classes online, so will not be competing for a high school team this year, according to Schraven.

Schraven is a great coach and has his club ranked in the Top 100 Nationally. PEAQ is becoming a force and adding an incredible talent like Parker will help them rise even further.

Schraven is a Stanford grad….maybe an edge for Josh to consider the Cardinals???