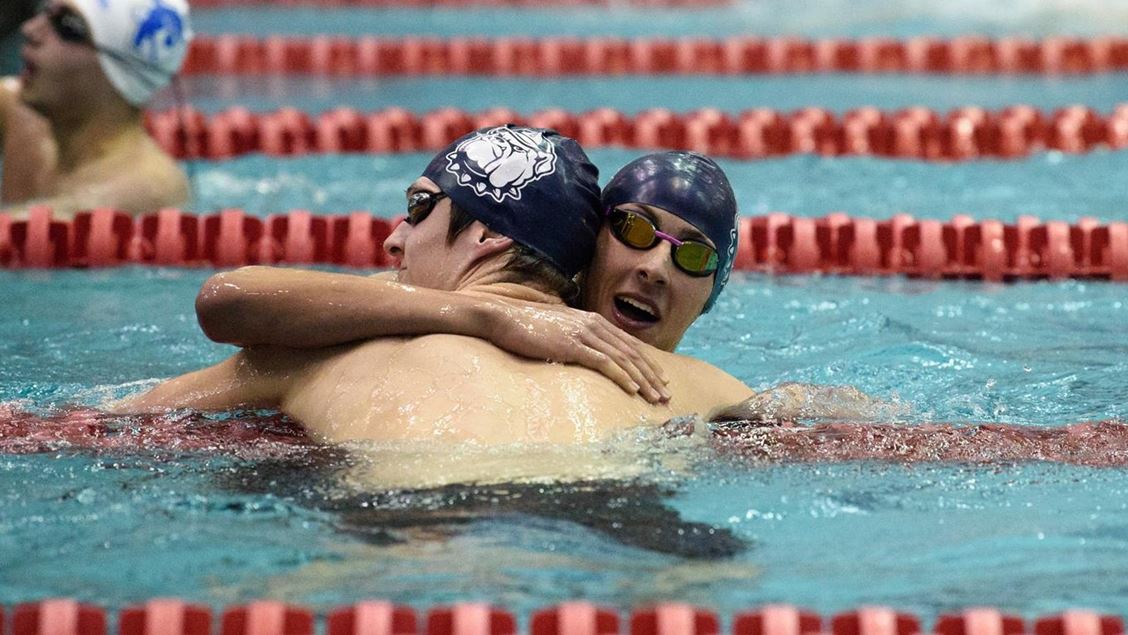 The Georgetown University swimming & diving team opened the 2019-20 season on Thursday evening, coming away with an impressive sweep of visiting Towson. Current photo via Georgetown Athletics

WASHINGTON D.C. – The Georgetown University swimming & diving team opened the 2019-20 season on Thursday evening, coming away with an impressive sweep of visiting Towson University at McCarthy Pool. In a meet that came down to the final two races on both sides, the GU men and women posted identical 155-145 victories over the Tigers.

COMING UP NEXT
The Hoyas will be right back in action next week when they make the short trip to American University for a dual meet on Friday, Oct. 18. Racing will start at 5 p.m.

The Tigers had seven first-place victories inside McCarthy Pool.

It was tight races all night for the Towson University women’s swimming and diving team but Georgetown came out on top with a final score of 155-145 to defeat the Tigers Thursday evening.

Inside the McCarthy Pool, the Tigers had nine first-place victories led by Anniemarie Schnoor with four wins apiece in her events.

Up Next
Towson heads to Annapolis, Maryland to compete in a quad meet with Navy, Johns Hopkins and George Washington on Friday, Oct. 18. The meet is scheduled to begin at 4 p.m. inside Lejeune Hall.