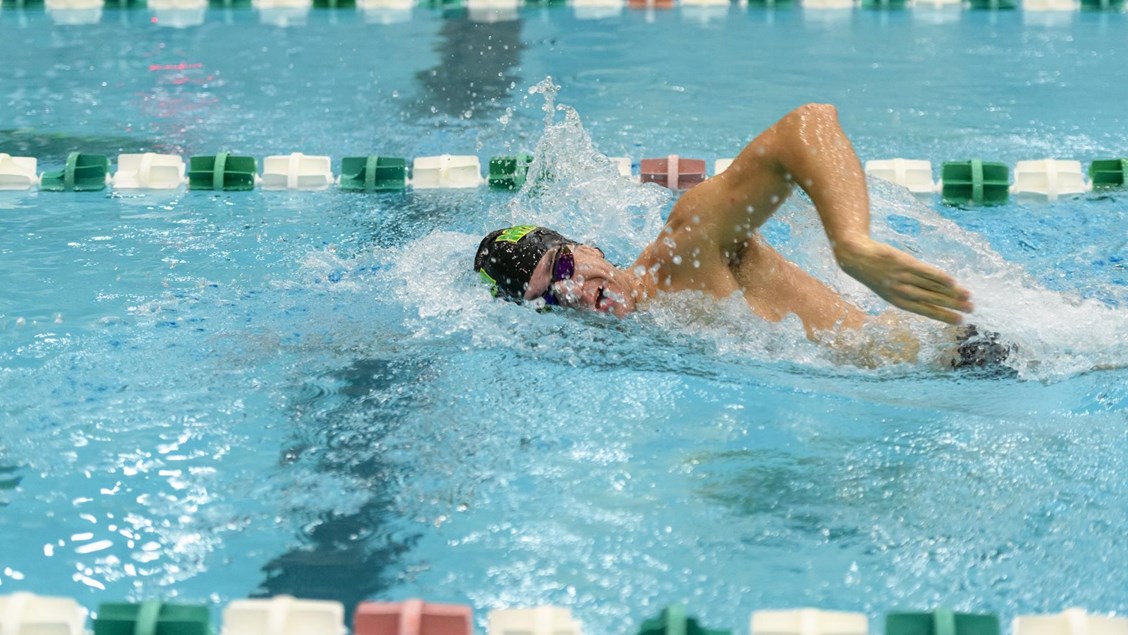 The George Mason men and the American University women took top honors at the Potomac Relay Invitational hosted by the Eagles on Friday. Current photo via George Mason Athletics

WASHINGTON, D.C. – The George Mason men’s and women’s swimming and diving teams opened the 2019-20 season on Friday at the Potomac Relay Invitational held at American University.

On the men’s side, seniors Logan Eubanks and Christopher Stankiewicz, junior Devin Truong and sophomore Will Rastatter combined to win the 200-yard medley relay (1:34.18).

The Patriots are back in the pool when the face Delaware on Saturday, Oct. 5 at 1 p.m. at Rawstrom Natatorium in Newark, Del.

WASHINGTON – For a second year in a row, the American University women’s swimming and diving team took the team title at the Potomac Relay Invitational. The meet, hosted by AU at Frailey Pool in Reeves Aquatic Center, featured teams from Georgetown, George Mason and Howard. GMU was the winner on the men’s side, besting Georgetown by four points.

On the men’s side, newcomer Arion Solomon (Fairburn, Ga.) highlighted Friday’s event as he was part of three second-place teams.

For the women, they had a pair of third-place finishes.