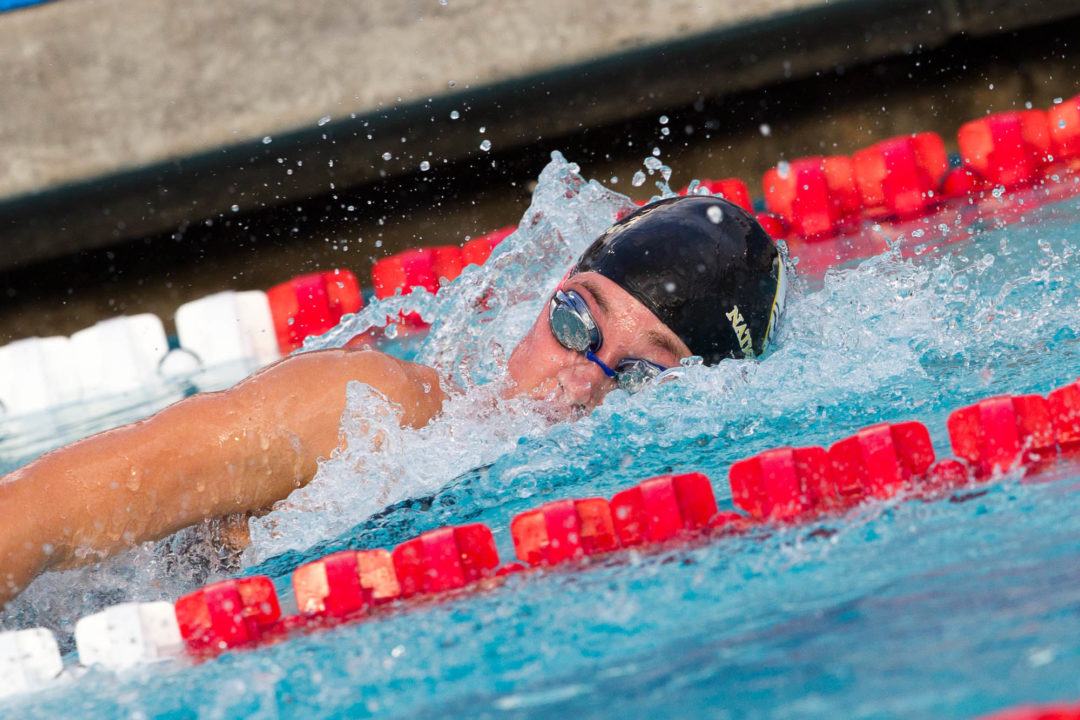 Day 1 of the 2018 College Station Sectional Championships, a short-course season finale for many of the state’s high school swimmers, featured the 1000 yard freestyle and 800 free relays in an abbreviated timed-finals session.

While the meet was mostly Texas teams, there are a few interlopers from outside of the state – including a group from Club Wolverine, based out of Ann Arbor, Michigan; as well as Palo Alto Stanford Aquatics and DART Swimming from California.

In the women’s meet, Gabrielle Kopenski from Texas Ford Aquatics won her 2nd-straight Sectional title in the 1000 free. Unlike last year’s dominating 11-second margin, this year she was pushed to the wire by her teammate Ashlyn Fiorilli. Kopenski wound up winning in 9:45.58, with Fiorilli placing 2nd in 9:46.42, with Fiorilli making up almost a second over the last 100 yards, but running out of space.

The #7 commit in the class of 2018, Kopenski is committed to swim at Texas A&M next year, in the same pool where she’s a back-to-back Sectional champion.

The men’s race went to another Dallas-area swimmer Alexander Zettle from the Lakeside Aquatic Club. He posted a 9:00.06 to jump into 51st-place in the all-time age group rankings. That’s a 12-second lifetime best for Zettle.

The visitors from Palo Alto won the girls’ 800 free relay in 7:12.78, finishing 6-and-a-half seconds ahead of Texas’ best Metroplex Aquatics, who took 2nd.