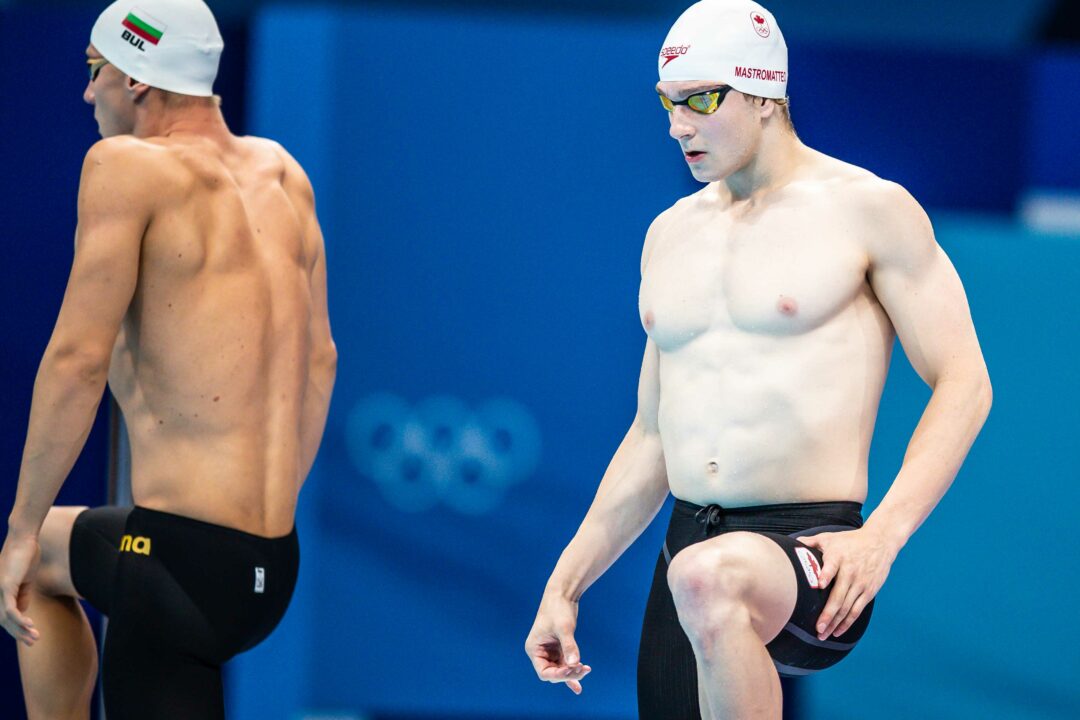 The University of Toronto first-year clocked 59.00 in the men's 100 breast to erase the previous record of 59.07 set by Nick Kostiuk in 2017. Archive photo via Jack Spitser/Spitser Photography

A mix of established names and rookies made an impact during the opening session of the 2022 U SPORTS Swimming Championships in Quebec, highlighted by a record swim from University of Toronto first-year Gabe Mastromatteo.

Mastromatteo set a new U SPORTS record in the men’s 100 breaststroke, clocking 59.00 to break the previous mark of 59.07 set by former University of Alberta star Nick Kostiuk in 2017. The swim fell just shy of Mastromatteo’s personal best, a 58.97 from the 2019 Ontario Junior International meet.

Two other first-year swimmers were on fire and within striking distance of Mastromatteo, as UBC’s Justice Migneault (59.07) and Lethbridge’s Apollo Hess (59.13) sit second and third heading into finals.

Both men lowered their best times set earlier this season at the Canada West Championships, where Migneault won the title in 59.25 and Hess was a close second in 59.36.

Among the other standout performers from Thursday morning was University of Calgary rookie Rebecca Smith and McGill University third-year Clement Secchi, who qualified for two ‘A’ finals apiece and combined for three #1 seeds.

That time would not even be CLOSE to qualifying for NCAA. That’s like a 54 yards time – get real.

No way corbeau or whitley would swim below 56 in SCM …

There are very few swimmers in USports (male or female) who could even qualify for NCAA Championships. Rebecca Smith, Kelsey Wog, a few others at most.

Theres a lot of Canadian’s who’d do well in the NCAA not a lot of them are swimming usports though. However you have to keep in mind that all conversions are WAYYY off. All 3 men in the 100 br would have made a second swim at NCAA’s

Yeah, I did specifically say USports, as I know the talent pool there is a pretty depleted by a lot of the elites training at National Centres rather than swimming varsity. Canada has had plenty of female NCAA medallists/finallists etc over the years, but really not many male at all. Guys like Funk, Acevedo, Bagshaw that did well in the NCAA are pretty rare, and there is usually a pretty sizable gap between the top 5-10 guys in Canadian swimming, and everyone else, so I would stand by the statement that not many Canadian men could see big success in Div 1.

Why, do you guys think, U Sport championship is so much weaker than NCAA?

To be fair to Mastromatteo, his LC time of 1:00.11 is faster than most of the guys currently at NCAAs can go. U Sports seems like an afterthought for most of the top level Canadians

That torso is dummy thick

Marco Koch has entered the chat.