Further Questioning the Kick in Swimming 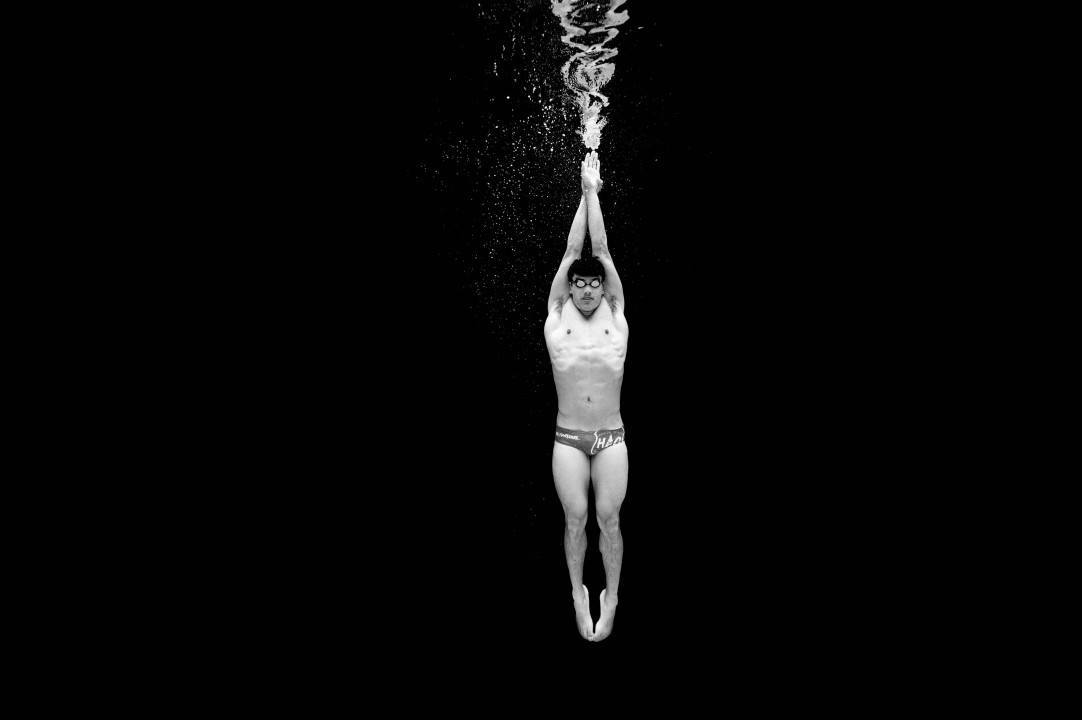 I hope (this) causes you, comrades and friends, to reconsider the erroneous view that kicking is the ‘engine’ of the strokes mentioned above; instead, it evidently serves as an equipoise to the true motor – the arms. Current photo via Mike Lewis/Ola Vista Photography

At the Nic Askew Swim & Dive Camp, young Swimmers and Divers will have the opportunity to learn from some of the best in Youth and College coaching.

Princeton Swimming Camps will provide you with the individual instruction, technique analysis, and training you need to take your swimming to the next level

Auburn coaching staff will lead Level Up Christian swim camp along with a slate of qualified staff of coaches, counselors and collegiate swimmers.

I am wrong. That would be the ideal starting point for all coaches when considering what contribution the kick makes in three out of the four swimming strokes – butterfly, backcrawl and, frontcrawl.

These are all beliefs held by hundreds of coaches across the globe. On a daily basis, coaches create elaborate kick sets to strengthen the swimmer’s leg muscles under the assumption that leg power is one of the key ingredients to a winning stroke.

If you agree, I would firmly recommend you read on.

The kick does not contribute to propulsion
[in frontcrawl, backcrawl and butterfly]

Regardless of how strong or powerful you think the swimmer’s legs are, the components of resistance created by the front and back of the legs outweigh any propulsive forces which may exist (for a very short duration) when the swimmer kicks.

The structures of the leg: the calf muscle, the hamstring muscle and, in backstroke, the knee, all present areas which create “frontal, surface and, wave resistances” [Rushall, 2014].

Yes, kicking with a kickboard or arms static in front (isolated kicking) of the swimmer creates propulsion. However, take a closer look at why and you will discover why this is an almost useless practice in competitive swimming.

When a swimmer carries out isolated kicking their torso is positioned in such a way that leads to (often impressive) acceleration from the legs – a body position which is not reflected in any competitive swimming stroke.

The swimmer’s body is flat during isolated kicking and the body roll (or the body position in butterfly) is non-existent; therefore, isolated kicking is not a beneficial activity as there is no transfer to any swim stroke.

[A small volume of kicking on a board (or arms in front) is a reasonable activity to carry out for active recovery purposes.]

So no kicking at all?

No, no – kicking does perform one important function in competitive swimming strokes; it is used to counterbalance “vertical” and “lateral forces” that result from the arm action during the propulsive phase and, in some swimmers, the recovery phase [Rushall, 2014].

The kick should match the effort of the arms (or slightly less) counterbalancing the arms and maintaining the streamline position – the kick should not exceed this role.

The kick should be small in order to ensure unnecessary vertical forces are not created. Another measure to ensure such forces are created is to instruct the swimmer to avoid any ‘splash’.

“Kick small and fast” is an effective instruction to ensure that arm effort is met and the forces are minimal.

The legs should not break the surface of the water which would only serve to add to the resistance of the legs.

“For every action, there is an equal and opposite reaction.”

Significant vertical forces occur during each butterfly stroke; if I haven’t cemented the point enough, there is no way human legs could overcome these forces to contribute to propulsion.

The legs should act to counterbalance the actions of the arms during entry and exit, which regularly includes the swimmer breathing. The kick will, as a result, help the athlete to maintain a flat and streamline body position – the desired position.

The butterfly kick should match the effort of the arms, as described in the above paragraphs regarding backcrawl and frontcrawl.

One point worth noting is that, although similar in appearance, the propulsive underwater kicking has many differences from that of the butterfly stroke (beyond the scope of this particular article).

Again, promote a “small and fast” kick to avoid excessive resistive forces and body movements. The kick should not break the surface of the water nor create ‘splash’.

I hope the above causes you, comrades and friends, to reconsider the erroneous view that kicking is the ‘engine’ of the strokes mentioned above; instead, it evidently serves as an equipoise to the true motor – the arms.

It is time to dispose of mindless miles of isolated kicking on a board or not. Emphasising a propulsive kick (excluding breaststroke) is a waste of valuable time which could be spent refining swimmer technique which is supported by sound biomechanics, hydrodynamics and, evidence.

Residing in Scotland, Stuart has been coaching for numerous years and has belonged to a variety of clubs across the country. He started his coaching career with Forres Bluefins ASC moving on to Perth City SC where he worked alongside one of the most experienced coaches in Scottish Swimming, assisting with the development of a number of successful swimmers including an Olympic medal-winner. Stuart has also featured on poolside with Dundee City Aquatics and Inverness ASC. Stuart now spends his time coaching as a member of the training team within one of the only specialist sprint clubs in the UK – Free Style SC. Free Style utilises an evidence-based and scientific approach to training. Stuart has experience as a researcher in medical and sport science. He utilises this experience to critically review scientific literature related to athlete performance. He can often be found on Twitter engaging in respectful, yet critical debates with other coaches on swimming science (@SwimCoachStu).

And how is the kick relation for breast stroke? (Propulsion vs. aquadynamics)

Look up the physics of fluid flow and you will see that faster movement over a surface = low pressure. If you have low pressure (sucking) at your feet how much propulsion would your legs need to generate to offset? You are creating suction behind you with that airy wake!

I guess I’m in a unique position to answer this. I coach a 15 year old swimmer who is missing a foot, or at least part of a foot, he has an ankle joint and part of the heel. He doesn’t have any part to develop any propulsive force on that foot.

Stuart, if I understand correctly, it seems like you are saying a swimmer’s kick could not produce propulsion because the resistance of the kicking motion while you’re at speed outweighs the propulsive force of the kick. If that is the case, then a way to test that would be to tow a swimmer on a tow line, have them kick and see if they can accelerate faster than the towing rate. Literally just have a swimmer hold onto a rope and pull them in at a constant rate. If the drag forces exceed the propulsive force the swimmer should not be able to accelerate when they kick.

There is a simple drill to perform to show that kicking contributes to propulsion in all strokes, and that doesn’t present the limitation that isolated kicking does – swimming with fists. This drill significantly reduces the propulsion produced by the arms while maintaining the same body position as in swimming with open hands. Counterbalance and propulsion, therefore, are achieved by the motion of the legs.

Which is why I had no problem yesterday swimming a 25 free with fists and a 25 fly with fists.

I think Galileo said it best: E pur si muove (and yet it moves).

Take an NCAA backstroker who goes 44 in the 100. He is shaved, suited, and tapered…at NCAA’s…instead of taking strokes he does his race start, race underwaters, but only streamline kicks from his breakout to his turn. I promise you he will be about a :47. That wall and kick ability serves as a foundation that few swimmers can even achieve with arms. If you don’t have that kick ability, you cannot compete at that level..period. I will never understand why people insist on tearing down the foundational speed that the kick provides.

lots of great dialogue about kicking here, but who calls it “frontcrawl” or backcrawl”??????

Any sources other than Rushall?