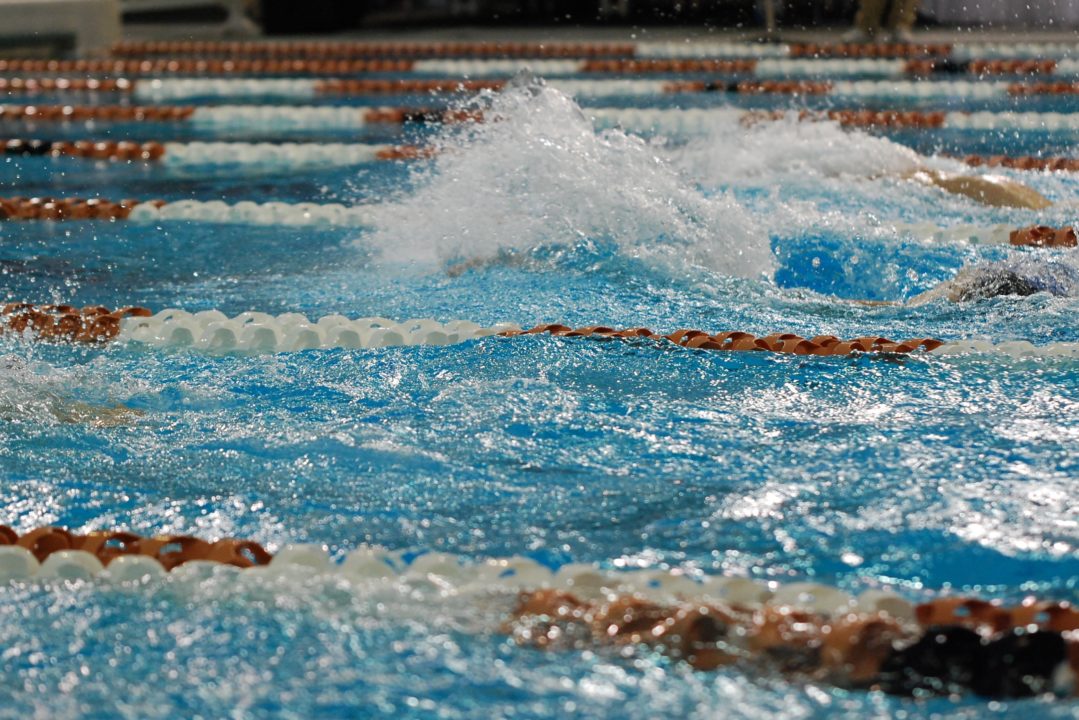 The Statesmen and Lady Statesmen of Division II Delta State University picked up home wins over the weekend with the men beating Henderson State 145-85 and the women winning twice in a double dual over Henderson State (162-43) and West Florida (131-100).

That men’s win included a big night from freshman Matteo Fraschi, who broke the school record in the 200 breast, one of his two individual wins on the night.

Tombers won most of the 200-yard races, and what she didn’t win, her teammate Anastasia Klyarovskaya cleaned up. The freshman, hailing from Russia, won the 200 back (2:01.34) and 200 fly (2:05.11). She also led off the 400 medley relay, winning the event in combination with teammates Kirsten Stroven, Danielle Dugas and Chloe Bennett in 3:57.12. The Lady Statesmen B team came in second to give DSU a huge points boost early in the meet.

The West Florida women put up a big fight in the sprint freestyles, led by Drury transfer Peggy de Villiers. The South African sophomore won the 50 and 100 frees for the Argonauts, beating DSU’s Hannah Core in the 50 24.35 to 24.60 and getting in ahead of Lady Statesmen Chloe Bennett in the 100 free 52.94 to 53.47.

De Villiers was also good enough to help lift West Florida to a win the in the 400 free relay to close the meet.

West Florida also won both diving events with sophomore Josie McKee. She scored 270.45 on 1-meter and 259.85 on 3-meter for the Argonauts.

West Florida and Delta State will rematch in just a few weeks with West Florida playing host in Pensacola. Henderson State went on to beat Rhodes College in an away dual the very next day, and will take on Ouachita Baptist next weekend.