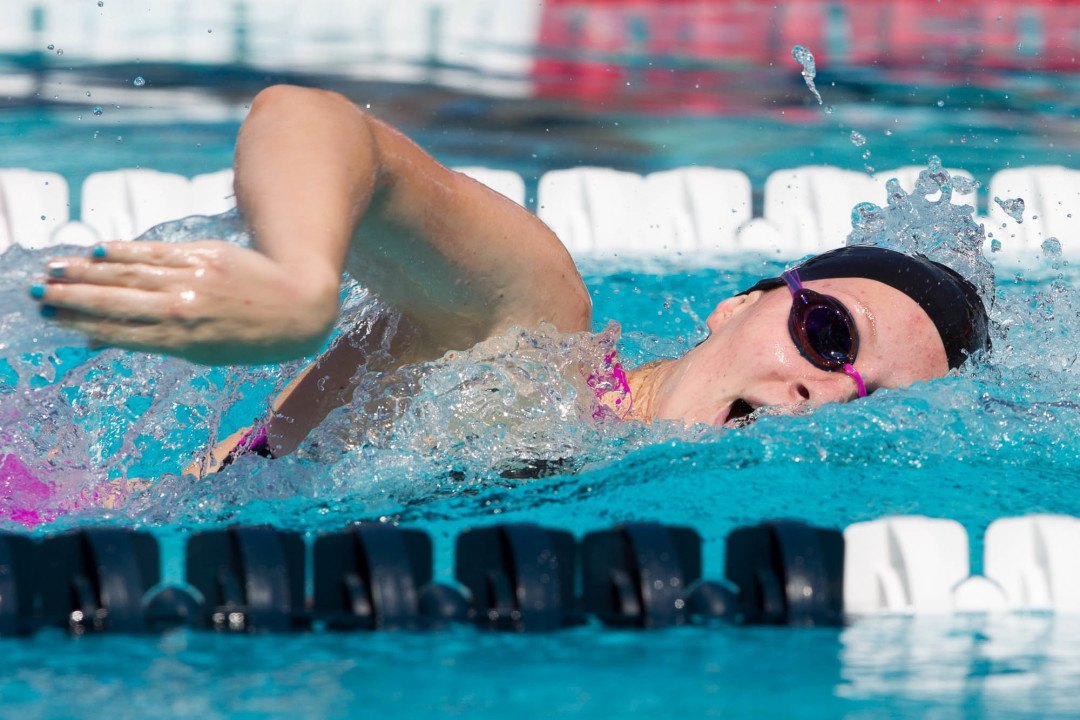 With the NCAA season done, the end-of-year awards for conferences and schools have been streaming in. At the University of Arizona, four swimmers and divers won awards for their excellent seasons. These awards considered athletes across all sports at the university, which accentuates just how big it was that the swimming & diving program garnered four of these honors.

Ochitwa had a breakout season for the Wildcats, kicking off her first-ever NCAA finals session with a B final finish in the 50 free along with leading off the 8th place 400 free relay and registering the fastest 200 free relay split on Arizona’s 5th place relay. Later on in the meet, she’d go on to break Natalie Coughlin’s 17-18 NAG record in her B final 100 fly victory, and helped out on the Wildcat 400 free relay, which finished 11th. Other finalists: Taylor McQuillin (Softball), Gig Stoll (Golf).

Dobbs was Arizona’s only scorer at NCAAs in the 100 back, and led off both medley relays to B final finishes. His improvement was huge, dropping from a 48.30 in high school in the 100 back down to a 45 mid this spring. Other finalists: Cesar Salazar (baseball), Allonzo Trier (basketball).

Brandon finished 2nd in the 500 free at the Pac-12 Champs, and also scored in the B finals of both the 200 free and 200 back. She was also a rock for Arizona’s 800 free relay throughout the year. Other finalists: Nnenya Hailey (Track & Field), Jessie Sisler (Gymnastics), Sheaffer Skadsen (Soccer) and Lindsey Weaver (Golf).

Quintero had another huge year for the Wildcats in the diving events. He finished in runner-up position in not one, but two different events– 1 meter diving and the platform event, earning 34 points for Arizona at the NCAA Champs. Other finalists: Casey Skowron (Football), Kaleb Tarczewski (Basketball), Pau Tonnesen (Track & Field) and Gabe York (Basketball).

Breaking any record by Coughlin is a HUGE deal!!

The Rocket has them back on track!