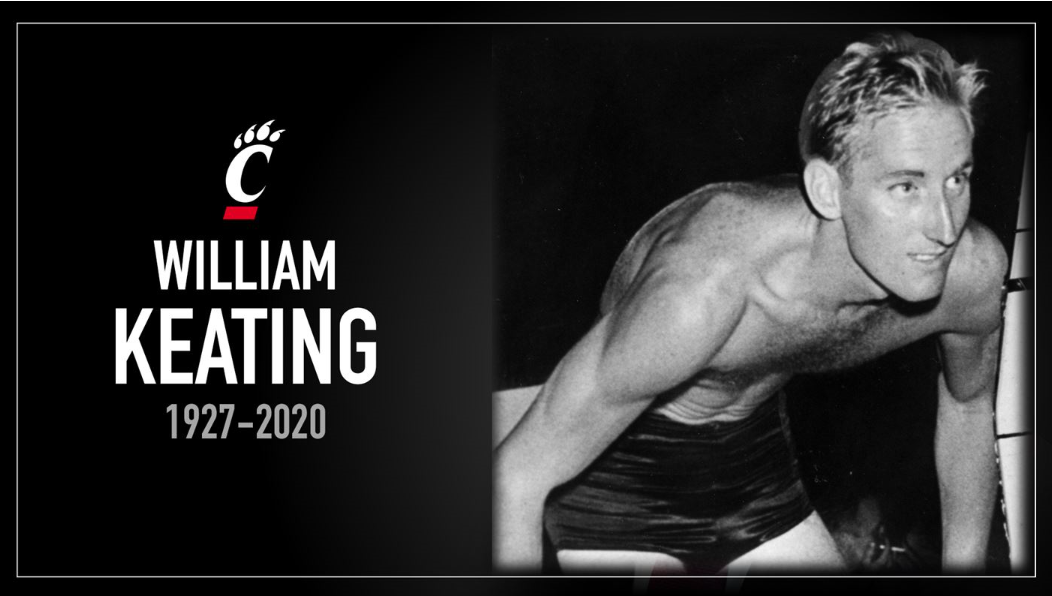 Univeristy of Cincinnati swimming alumnus and former U.S House of Representatives member Bill Keating Sr. has died at the age of 95.

William (Bill) Keating Sr., known for both his work in politics and in swimming, died Wednesday at the age of 93.

Keating was a 1945 graduate of St. Xavier High School in Cincinnati where, following his graduation, he was inducted into the Athletic’s Hall of Fame. During his time there he was honored as an All-American in swimming.

After his graduation he served in the U.S. Naval Corps during World II. He would also later serve as a 1st Lieutenant in the Air Force Reserve in the role of a Judge Advocate General.

Following his service he attended the University of Cincinnati, where he was also a member of the swim team. While at Cincinnati he served as the team captain in 1950, as well as being a four-year letter winner. He, along with his son Bill Jr., who passed away in 2017, and brother Charles, are all members of the James P. Kelly UC Athletics Hall of Fame. His brother Charles was the first NCAA Champion for the university, winning the 200 butterfly in 1946.

After graduating from Cincinnati and earning his law degree he went on to form one of the largest law firms in the city, Keating, Muething & Keating. He would go on to serve as the Assistant Attorney General for Ohio (1957), serve two terms on Cincinnati’s City Council (1967-1970), and represent Ohio’s First Congressional District in the U.S. House of Representatives (1971-1974). Following the end of his term he became the president of the newspaper division and executive vice president of Gannett Co., the largest newspaper publisher in the United States. In 2001 he was honored as the Greatest Living Cincinnatian.

Pretty sure this guy accused John McCaine of corruption.

Charles not William. But thanks for the slur!

Gary’s mother was his niece (his brother Charles’ daughter)