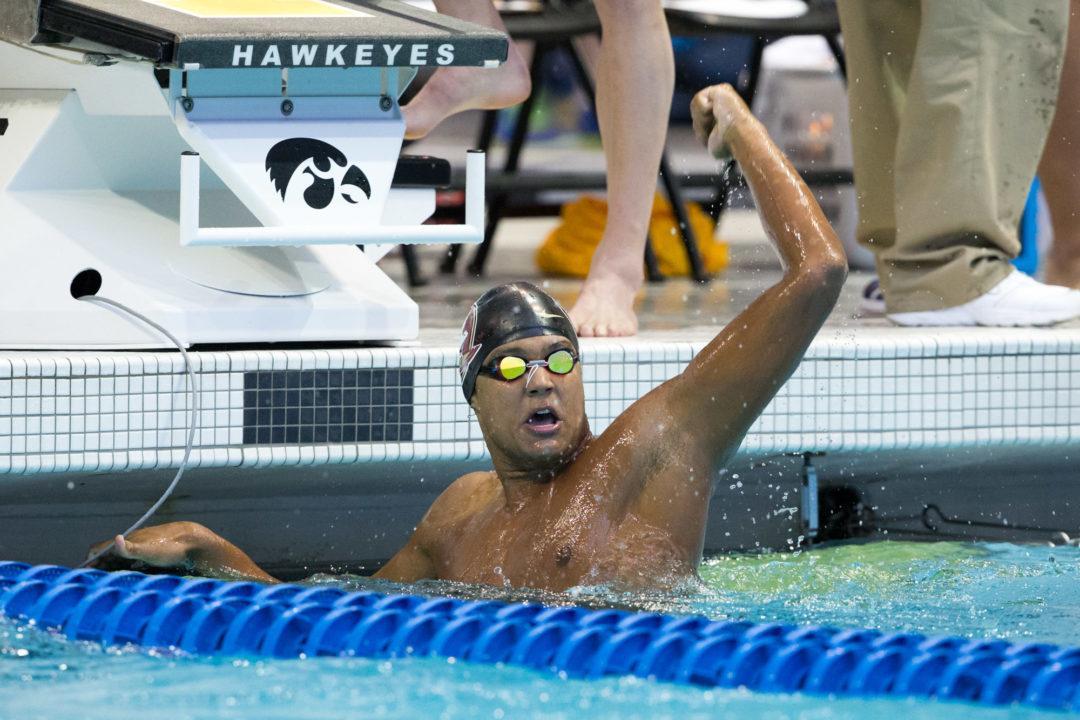 Coombs told SwimSwam on Thursday that he has simply “lost his drive to compete,” and that “swimming is a rigorous sport, and it’s not worth it unless you have that drive.”

“It just makes sense to move on with my life,” Coombs concluded.

Coombs plans to remain at Florida State as a student, and with this decision he will leave one remaining season of eligibility on the table.

His season-best times in both races were both done at the ACC Championships, and ranked him 14th nationally in the 100 (52.15) and 28th in the 200 (1:54.96). His junior season saw his 3rd trip to the NCAA Championships in 3 seasons of collegiate swimming.

Coombs, who originally hails from Oviedo, Florida near Orlando, is the Florida State University record holder in both breaststroke distances, thanks to times of 52.11 and 1:54.30, respectively, swum during his sophomore season. Those times were done at the 2015 NCAA Championship meet, where he was 9th in the 100 breaststroke and swam personal bests in all three of his entered events.

His sophomore season earned him the program’s Breakthrough Performance Award at the team’s annual awards banquet, and a year prior he was named the team’s Freshman of the Year.

A spokesperson for Florida State declined to comment on the matter.

It’s official the AD finally pulled the trigger to late for some!!!!(!(!

There are some highly reputable coaches out there that could simply revitalize this team.

I agree GT would be great choice!

Sometimes a program needs to take 1 step backwards in order to take 3 forward. As an alum and someone who watches FSU practice every now and then I believe this will be change for the better. His skill and times do not reveal how poor his work ethic.

Wow, very low to attack the student athete when, as you state, you are not part of the program and only watch a practice now and then. His swim record speaks for itself.

Yes there is a problem with FSU swim program. Its COACH FRANK BRADLEY . I’m shocked he has now lost both his best male swimmer Jason Coombs an best female swimmer All American Chelsea Britt ..
COME ON STAN WILCOX DO YOUR JOB, AN GET A NEW COACH !!!!!!

Why is this news?

if coach is the issue, why not transfer, why not go to talk someone, swimming is not big revenue sport in fsu, methinks somebody would listen in the university……? or newspaper?

Transferring to only swim 1 year is a huge hassel. If he had more than one year I could see it.

It has been a privilege to see Jason Coombs swim for FSU. He is a true competitor and champion. Jason exemplifies what it means to be a Seminole Student Athlete.

This year, FSU has lost its two best swimmers in Chelsea Britt & Jason Coombs. Other top & middle tier swimmers have also departed the program during the past two years. The common denominator is Coach Frank Bradley & his failed coaching philosophy.

Constant negative reinforcement, psychological abuse & bullying-especially toward female swimmers, fits of irrational rage, threatening a swimmer’s scholarship or the amount of money toward one’s scholarship gains nothing except strip away a student athlete’s self-esteem & self-confidence.

Why swim for FSU when there are other more… Read more »

Hard for me to imagine. I would have swum 8 years in college if I was allowed!

Let’s be real. There are major coaching issues in Tallahassee.

Good for him for knowing to stop when his heart wasn’t in it. I’ve seen far too many swimmers swim for too long and end up bitter. Nothing ruins team dynamics more than seniors who don’t want to be there. Best of luck to Jason! Enjoy life as a swammer!