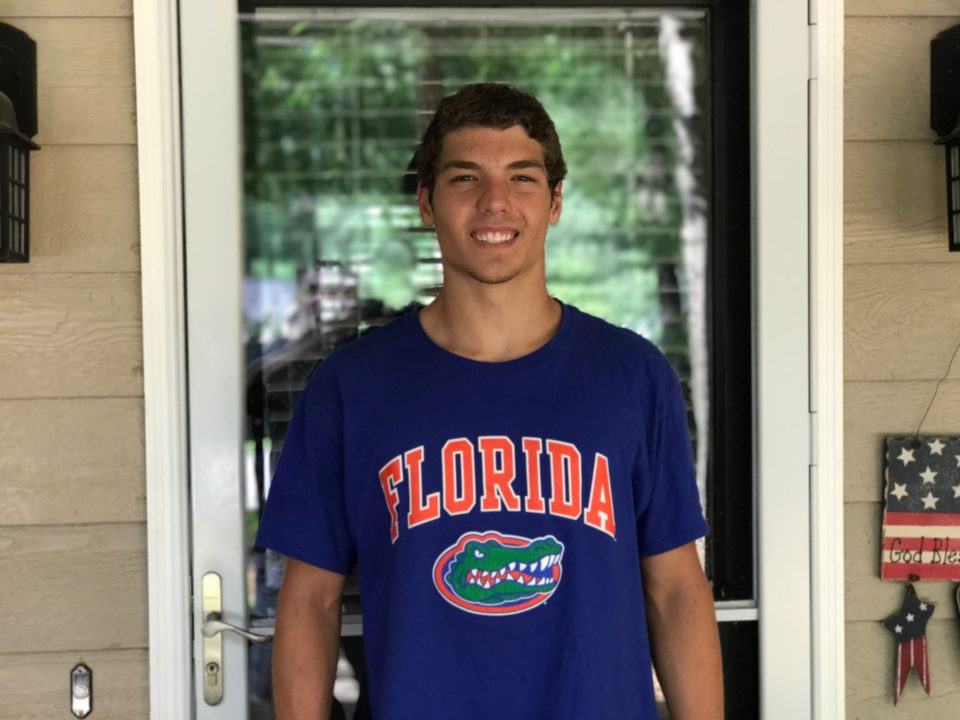 Sprint freestyler Marty Stange from Peachtree City, Georgia will head to Gainesville to join the Florida Gators as part of 2017-2018 roster. Current photo via Courtesy of The Stange Family

Martin “Marty” Stange is a freestyle prospect from Peachtree City, Georgia, who has recently committed to swim for the University of Florida Gators for the 2017 season. Stange swims for McIntosh High School and Southern Crescent Aquatic Club. Stange is relatively new to competitive swimming, and was inspired to take his first swim lesson after watching Michael Phelps swim in the 2012 London Olympics. Notably, Stange didn’t start swimming year-round until 2013.

Stange joins fellow Georgia native Michael Taylor, SwimSwam’s #5 recruit in the Class of 2017, on the Gators’ men’s team. Other members of his 2017 class include Ethan Beach, Clark Beach, and Santiago Corredor. Stange will get one year to train alongside the NCAA’s most dominant male sprinter Caleb Dressel (3-time defending NCAA Champion in the 50 free).

Marty Stanky is gonna spank some people this year

A year with Dressel and then the Davis twins come in. Will be interesting to see how he progresses in that group.

Yeah a fairly inexperienced sprinter with little to no muscle swimming 20.5 isn’t that great. Get out of the “for a sprinter to be helpful he must go 19 out of high school” mindset
I think most programs outside of Bama and TAM in the SEC would have loved this kid, like UGA or Scar for instance.

Yeah I forgot you need tons of muscle to sprint. Cameron who?

Khader is 2016 recruit he swam at the end of last year I believe.

Good catch. The change has been made.

He’s done a lot for only swimming four years!

Tbh more than most. Adam peaty is special and went from nothing to world dominance in 5 years

And this kid is miles away from him

That may be so but this kid’s progression is impressive either way. If he improves at the rate he has been he could be sub 19 by senior year

Who is the expert recruiter that is able to grab all of these swimmers?