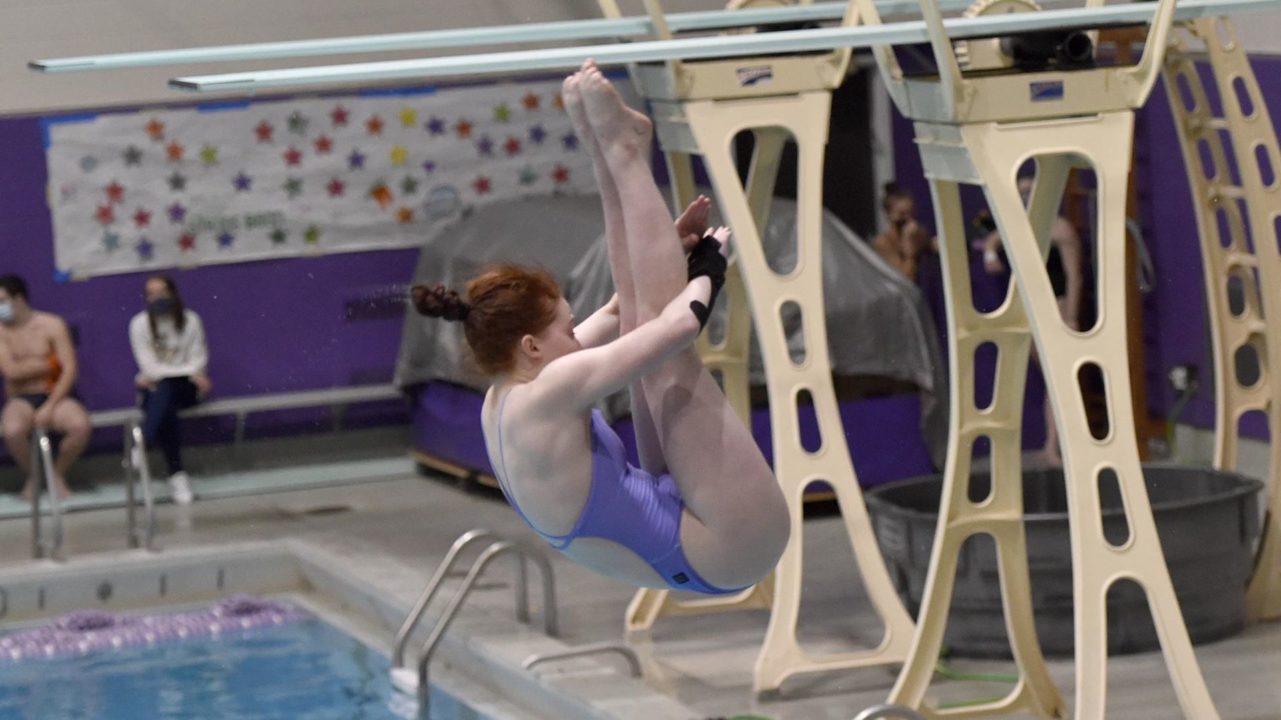 JMU diving had two divers produce a NCAA B Cut score and five recorded one or more NCAA Zone A qualifying scores on Feb. 27 at the Duke Dog Diving Invite. Current photo via JMU Sports

2016 Olympic finalist Oliver Dingley will lead the team. Clare Cryan, Tanya Watson and Ciara McGing will aim to be the first Irish female diver at the Games.

Emily Gross led the teams in the 3-meter prelims with 314.20, an NCAA B Cut score. JMU had five divers qualify for the 3-meter finals.

In the 1-meter prelims, Stim produced an NCAA B Cut score of 286.80. Gross followed Stim with an NCAA Zone Qualifying score of 276.50. Four JMU divers qualified for the 1-meter finals.

George Mason placed first in 3-meter and the 1-meter finals.

The scores from today’s event for Richmond and JMU will be carried over to the dual meet on March 6 against the Spiders. The meet will start at 1 p.m. in Savage Natatorium. The divers will be preparing for NCAA Zone A Championships on March 11-12 in Greensboro, N.C.