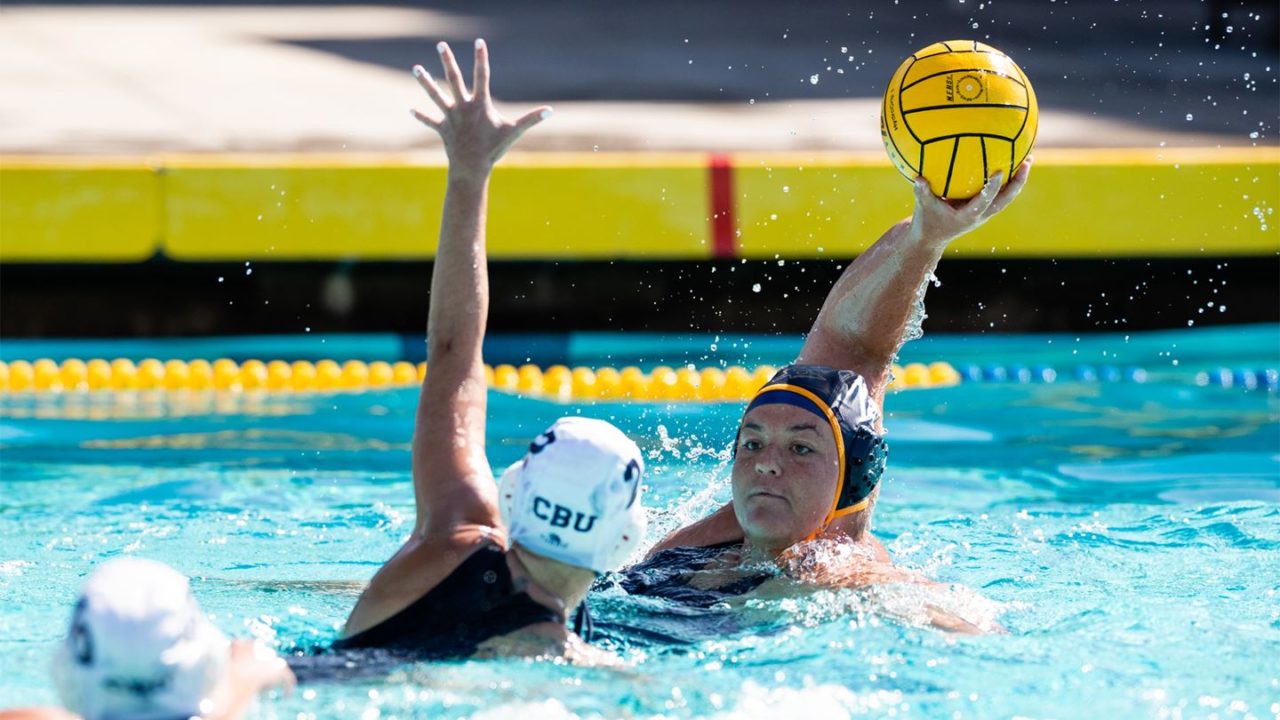 LA JOLLA, Calif. – The No. 10 UC San Diego water polo team won a pair of contests in their home opener against California Baptist. The Tritons defeated California Baptist 15-7 in the first game and 16-7 in the second game. Fifteen different players scored between two games.

The Lancers would get on the board with two goals, but the Tritons responded with two more to take a 7-2 lead into the half.

The Tritons offense continued to click and they outscored the Lancers 8-5 in the second half. In total, nine different Tritons scored in game one with Ciara Franke leading the team with three.

GAME TWO
California Baptist struck first, but the Tritons responded with a 4-0 run to close out the first quarter. Four different Tritons scored during that run including Annika Arroyo’s first career goal.

The Tritons outscored the Lancers 3-1 in the second frame to give them a 7-2 lead. Olivia Seargeant scored her first goal of her career with 13 seconds left in the quarter.

The defense continued to hold strong while the offense added nine more goals in the second half. Bennett Bugelli paced the defense in game two with 13 saves.

UP NEXT
The Tritons will travel to UC Irvine for a pair of non-conference games on March 5 and 6.