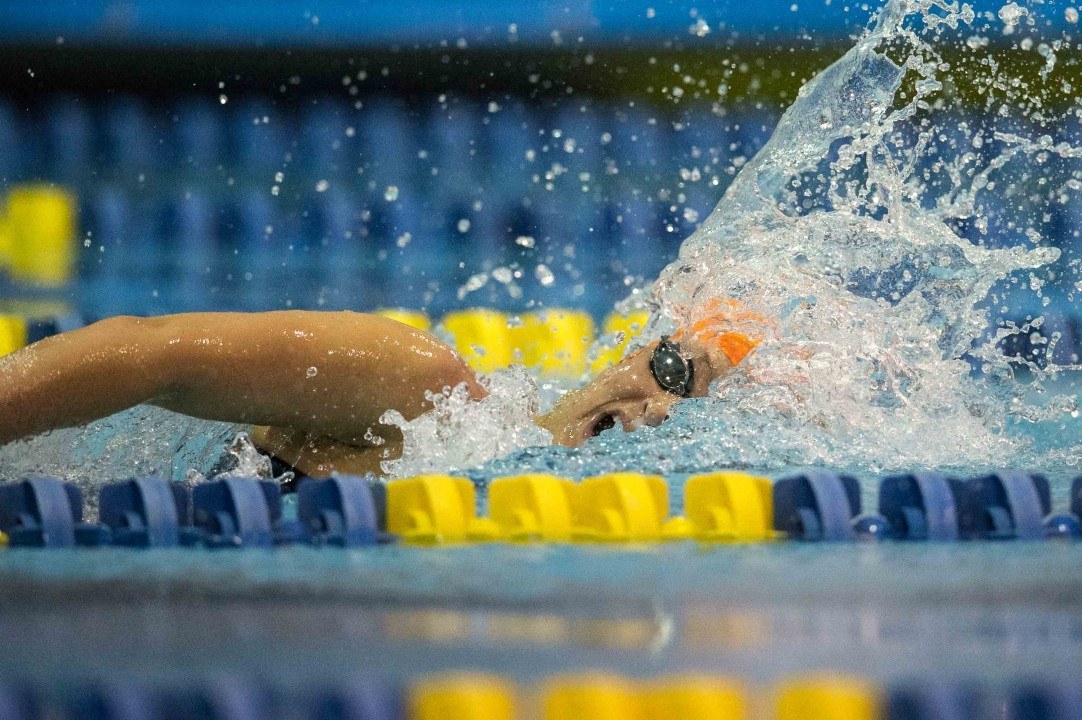 American Leah Smith came into the 2015 World Championships with the fastest 400 freestyle time of 4:06.28. In the prelims Smith had an incredible swim knocking over a second and a half off of her lifetime best posting a 4:04.66. With that time she broke the World University Games record of 4:06.11 set by Federica Pellegrini in 2007 and put herself fourth in the world rankings.

Later in the evening Smith joined her American teammates to secure gold and set another games record in the 4 x 200 freestyle relay.

Two gold and two games record, not a bad day for the 20 year old from the University of Virginia.

#2. Koptelov Crushes Competition in the 200 Butterfly

Going into the final it looked like Koptelov and Masayuki Umemoto of Japan, who recorded a 1:55.72 in the semi-final, might put on a good show while battling for the 200 butterfly title. That was not the case as Koptelov dominated the men’s final posting a time of 1:54.79 followed by Yuya Yajimi of Japan finished second in a time of 1:55.73 and Umemoto who posted a 1:56.12.

Koptelov’s time puts him in a tie with Hungarian Tamas Kenderesi for the second fastest time in the world behind Daiya Seto of Japan who put up a 1:54.46 in May.

The American women’s 4 x 200 freestyle relay team destroyed the competition setting a new games record in the process. The Americans posted a 7:53.88 finishing over seven seconds ahead of the Chinese that recorded a time of 8:01.09. Their time also beat the games record of 7:55.02, which was set by the American team in 2011.

The star of the team was Flickinger recording a split of 1:57.77. The 21 year old University of Georgia student has a lifetime best in the event of 2:00.03.

Kylie Masse became the first Canadian to pick up a piece of hardware in Gwangju. Masse took the gold in the women’s 100 backstroke posting a time of 59.97.

It was an outstanding swim by Masse who came into the games with a lifetime best of 1:00.50. Her time also places her ninth in the world rankings.

Being able to win an event that also involved swimmers such as Rachel Bootsma and Elizabeth Pelton, although not at their best, is also an accomplishment for the 19 year old University of Toronto student.

The Canadians will be looking to pick up a few more medals to at least match the total of one gold, one silver and three bronze they earned in Kazan two years ago.

One of the points mentioned in our ‘Five Big Things From Day One of the 2015 World University Games’ was that the medal standings in 2015 may look very different than they did in 2013. Not a bold prediction, but one that is spot on.

In 2013 in Kazan the Russians finished the competition with 17 gold, eight silver and four bronze while the Americans finished second in the medal standings with six gold, nine silver and nine bronze.

So far through the first four days of competition the Americans lead the medal standings with 10 gold, seven silver and four bronze while the Russians sit in seventh with one gold, one silver and three bronze.

Josh is not Genie Bouchard. He was probably so excited with the win and time that he was rushing to be with his coaches and teammates. I think that Korn is upset because Josh made the reel em in motion after the win. I thought it was on point because that’s exactly what happened. Great swim!

Prenot was classless in jumping out of pool and not saying anything to others in the race.

Apparently Josh forgot to ‘aw shucks’ his monster swim. Shame on you Josh- don’t you know swimmers aren’t ever supposed to show pleasure??? Just get in the warm down pool and crank out another 20k.