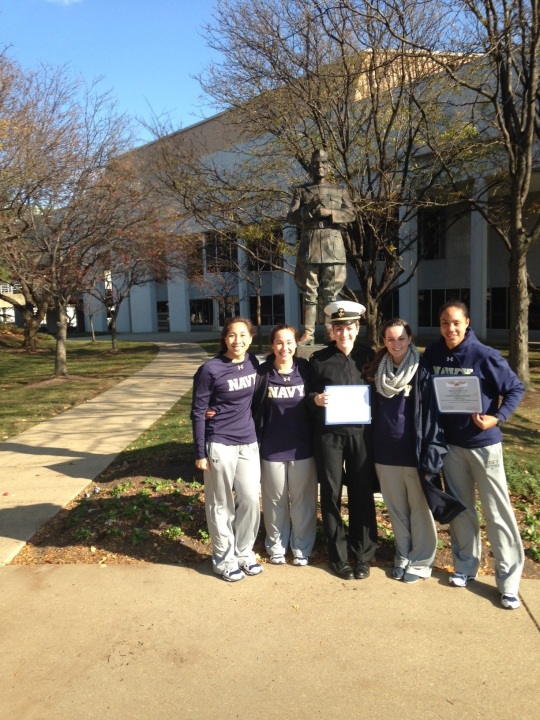 One of the great traditions at the U.S. Naval Academy is the ceremony during which the first-class midshipmen (aka “Firsties” or seniors anywhere else) receive their service selections. Selection is based on a class rank and preference; midshipmen state their top six service preferences early during their senior year, then wait to find out which warfare community they will join after graduation. On November 20, 2014, Firsties all received envelopes holding the certificate that bore their assignments.

For the men and women on the Navy swimming and diving teams at the Nike Cup, November 20 was no different. At the beginning of the evening finals session, Assistant Coach, Capt Jay Bitting, the men’s team Officer Representative, announced to the crowd the service selections of the seniors. Watch that video below.

thank you for your service!

Way to go Brianna ! All of these ladies are outstanding human beings!