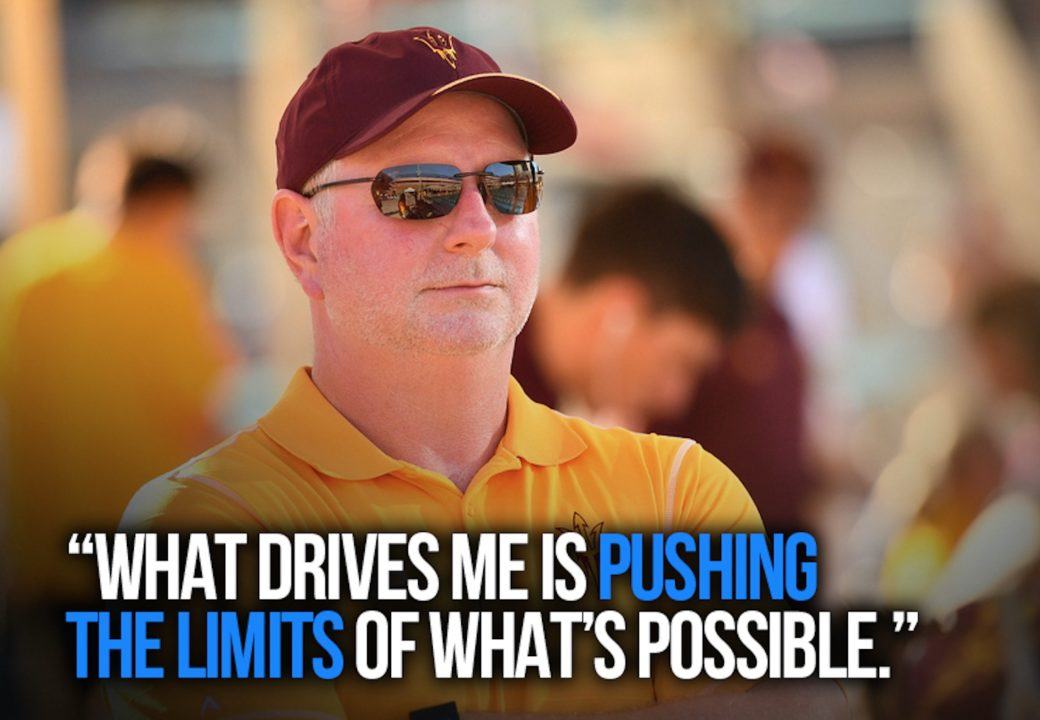 Work your freestyle with the Singapore Drill, one of Olympic champion Florent Manaudou’s favorite freestyle drills in the water.

Today’s workout will be focused on the core muscles.

Finding Mastery explores how the best in the world master their craft.

Host and high performance psychologist, Dr. Michael Gervais, interviews people excelling in the most hostile environments to discover the mental skills used to push the boundaries.

This week’s conversation is with Hall of Fame swimming coach Bob Bowman, the maestro behind the illustrious career of Michael Phelps. He is a four-time member of the U.S. Olympic Team staff, including Head Coach of the Men’s team at Rio 2016. He has guided swimmers to 38 Olympic medals, including 21 individual medals and 19 individual gold medals, and 43 World Records over the course of his illustrious career. Bob comes from a family of teachers and that’s how he views himself: a teacher. He has experienced an incredible amount of success, but it is all about the process for him. When it comes to the process, Bob has four phases to his model:

LISTEN TO THE PODCAST HERE.

Throughout his career Dr. Michael Gervais has followed a central question:

Is there a common thread connecting how the greatest performers in the world use their minds to pursue the boundaries of human potential?

Gervais is a high performance psychologist working in the trenches of high-stakes environments with some of the best in the world, training the mindset skills and practices essential to pursuing and revealing one’s potential. His clients include world record holders, Olympians, internationally acclaimed artists and musicians, MVPs from every major sport and Fortune 100 CEOs.

He is the co-founder of Compete to Create, a digital platform business helping people become their best through mindset training. The firm works with a limited portfolio of Fortune 500 companies and leaders to switch on culture and individuals through high performance mindset training and coaching. Clients include Microsoft, Boeing and Zynga.

He is also the host of Finding Mastery, a podcast that takes you inside the rugged and high-stakes environments of those on the path of mastery to explore how they train minds to be at their very best. Gervais unpacks and decodes each guest’s journey, psychological framework and mindset skills and practices. Past guests include, Mercedes Benz Formula 1 Owner Toto Wolff, Microsoft’s CFO Amy Hood, ultra marathoner David Goggins, two-time Olympic gold medalist and FIFA Women’s World Cup Champion Carli Lloyd, CEO of Amusement Park Entertainment Jimmy Smith, Pixar’s CFO Lawrence Levy, Seattle Seahawks Head Coach, Pete Carroll, big wave surfer Ian Walsh, among many others.

Below you can take a look at some of the projects Dr. Gervais has been a part of. He likes to think of this as his “working laboratory.”

With the very recent death of Dr. Roger Bannister, I would suggest him as a superb example of “the greatest performers…using their minds…to push the boundaries.” Bannister was in medical school in 1954, and conciously studied the ‘4 minute mile barrier’ before embarking on his quest to be the first. Many, back then, were convinced it simply was not humanly possible. For Dr. Gervais and anyone interested in this topic, read “The Perfect Mile” by Neal Bascomb, one of the finest books on athletics ever written.