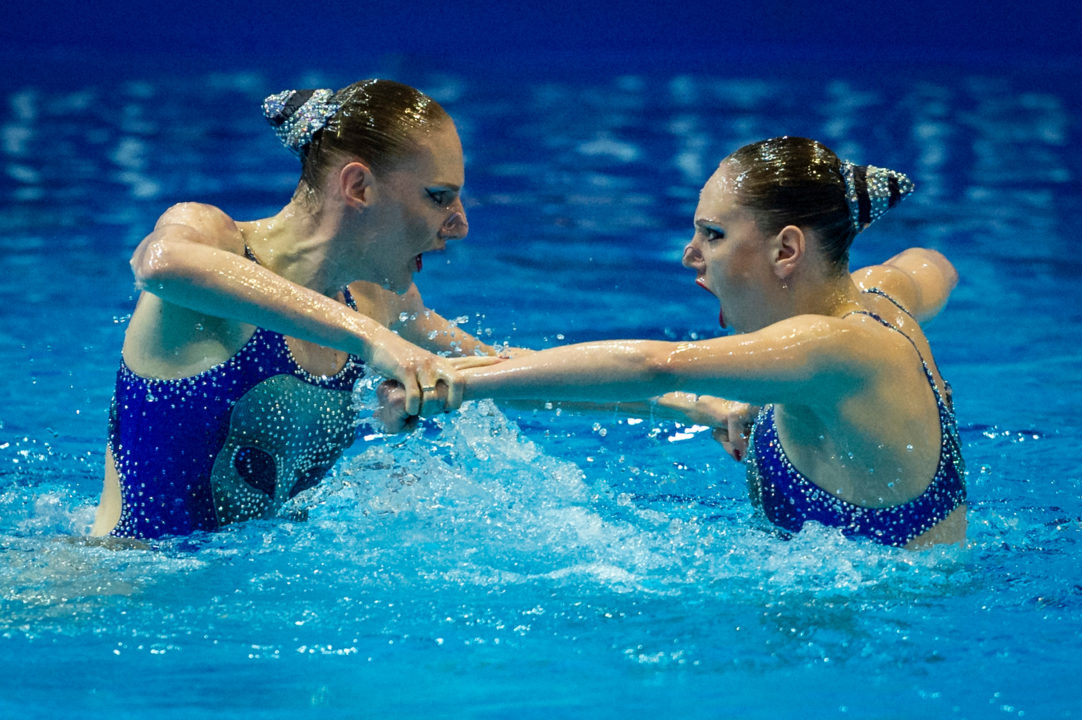 5-time Olympic gold medalist Svetlana Romashina (right) was among the hosts of a global dryland session with some of the world's best synchronized swimmers. Archive photo via P. Mesiano/Deepbluemedia/Insidefoto

50 Most-Read and Most-Commented SwimSwam Articles of 2020

2020 was a year of bad news, but there were some positive moments, many provided by the sport’s stars – including Caeleb Dressel.

FINA, the international governing body for 6 aquatic disciplines, has assembled a group of the world’s top artistic swimmers (formerly known as synchronized swimmers) as part of an artistic swimming worldwide workout.

Among the Headliners were the 3 hosts of the event:

For artistic swimmers around the world, this was an unparalleled opportunity to train remotely along with some of the best synchronized swimmers in the world (and in some cases, their dogs) live via YouTube.

The workouts they do are useful for athletes around the world to improve both strength and flexibility while out of the pool.