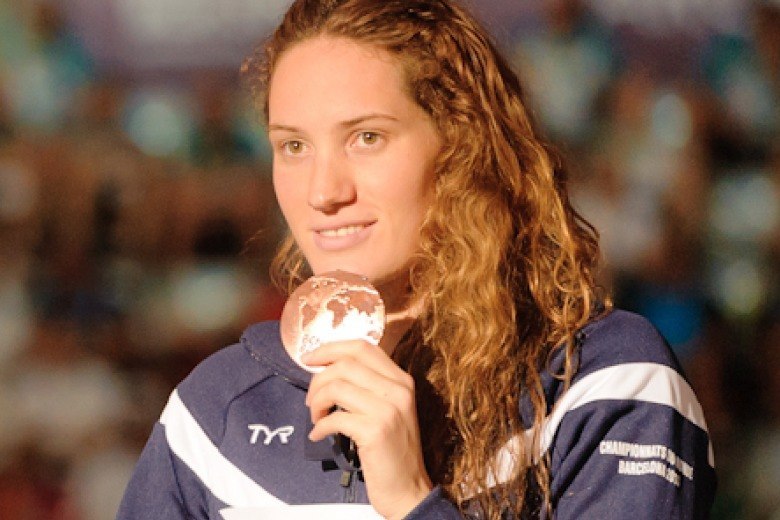 Camille Muffat, the French Olympic champion who was tragically killed in a helicopter crash in Argentina on March 9, 2015, would have turned 26 on October 28. The French swimming world, still very touched by the loss of one of their favorite athletes, is nonetheless insuring that her memory lives on.

On October 16, Muffat’s home city of Nice named their new Olympic pool after her in a ceremony presided over by the city’s political elite, Muffat’s family and teammates from Olympic Nice Natation, and French National Team swimmers Alain Bernard, Coralie Balmy, Malia Metella, among others.

This past weekend, the French Federation did its part to honor the Olympic champion; it renamed its Golden Tour the “FFN Golden Tour Camille-Muffat.” The Golden Tour is a multi-stage event bringing together many of the world’s top swimmers for a chance to win prize money, similar to Arena Pro Series here in the United States.

The three stages of the 2016 FNN Golden Tour Camille-Muffat will be:

Has anyone seen a start list for the Amiens stage?

FOR REMEMBER CAMILLE MUFFAT, I THINK YOU CAN DEDICATE A SEASIDE OF A BEACH OF A CITY OF SEA WITH A COMMEMORATIVE TABLE, AS THOUGH OF BEACH IN LIDO DI JESOLO WERE WE HAVE A LOT OF TABLE WITH THE NAME OF ITALIAN FAMOUS PEOPLE . LIDO DI JESOLO IS A TOURIST RESORT KNOW EVEN FROM FRENCH TOURISM.
GOOD MORNING FOR ALL.