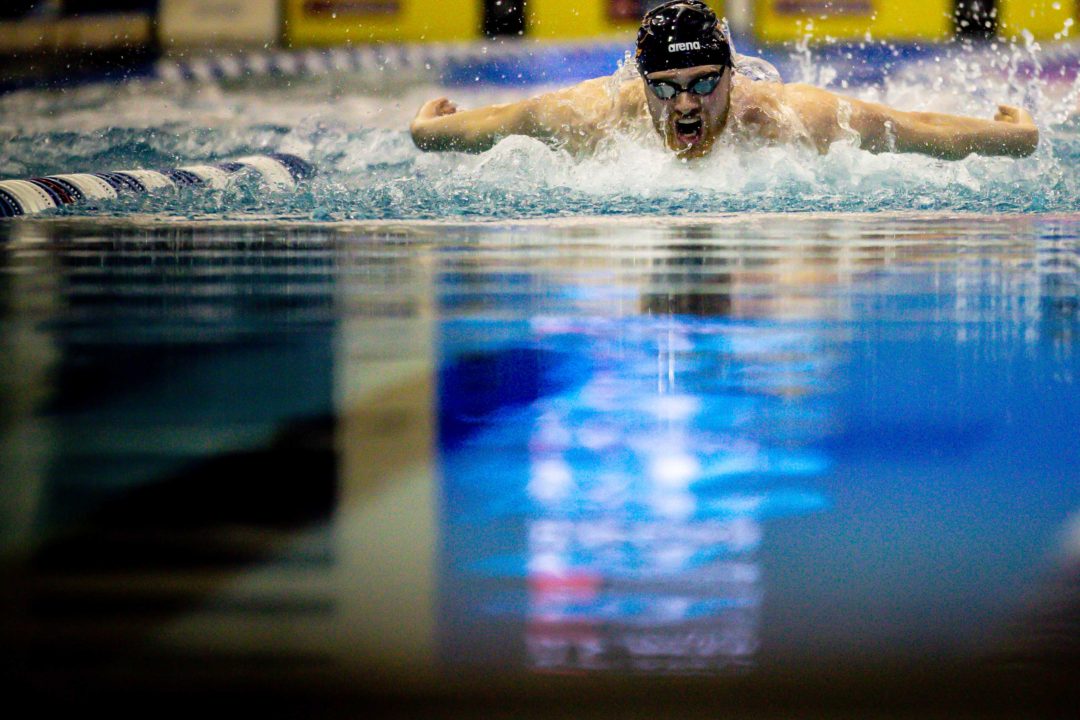 Olympians, college swimmers, and some of the top age group swimmers in the country faced off last weekend at the Tide Spring Showcase meet in Virginia Beach, VA. The meet, held at Tide’s 50m outdoor pool at the Princess Anne YMCA, featured a relatively small field, but with a prelims/finals that led to some great racing. Additionally, the meet was live-streamed with some local former college swimmers providing on-site commentary and interviews, helping create a fun atmosphere for those in attendance and those who were watching from home.

Egyptian Olympian Farida Osman, who trains with Virginia Tech head coach Sergio Lopez’s Pinnacle Racing after having competed for Cal collegiately, won two events. She won the 100 fly with a 59.82, the only woman under 1:02, and then closed out the meet with a 25.67 win in the 50 free. She also took 2nd in the 100 free with a 57.01, finishing behind Tide’s Kayla Wilson (56.46).

While we couldn’t squeeze everyone into the headline, several swimmers got multiple wins on the men’s side of the competition as well. US Olympian Jack Conger came out on top in a narrow win the 200 free, where he touched first in 1:52.20, followed by Jonathan Rutter in 1:52.43, then Jospeh Schooling in 1:52.58. All three men also train with Lopez and Pinnacle Racing.

Another duel occurred in the 100 breast, where Pinnacle’s Alexander Lebed just touched out Towson’s Brian Benzing, 1:04.24 to 1:04.29. Benzing was named the CAA swimmer of the meet last week after helping the Tigers to their first-ever CAA title. Lebed also won the 200 IM in 2:02.94.

One of the most exciting swims of the meet came in the very last session, where Towson’s Michael Fazio nabbed his Olympic Trials cut with a 23.19 win in the 50 free, leading to celebratory cheers from fellow swimmers and fans alike. That was also Fazio’s second win of the meet, having earlier won the 100 free with a 52.09.

It’s mind blowing to see someone fall so quick but he will always be an olympic champion. He was at his best at the right place and right time.

Schooling actually did 100 fly again in the 100 free race.

Towson is on the come up! I expect to see very good things coming from them soon.