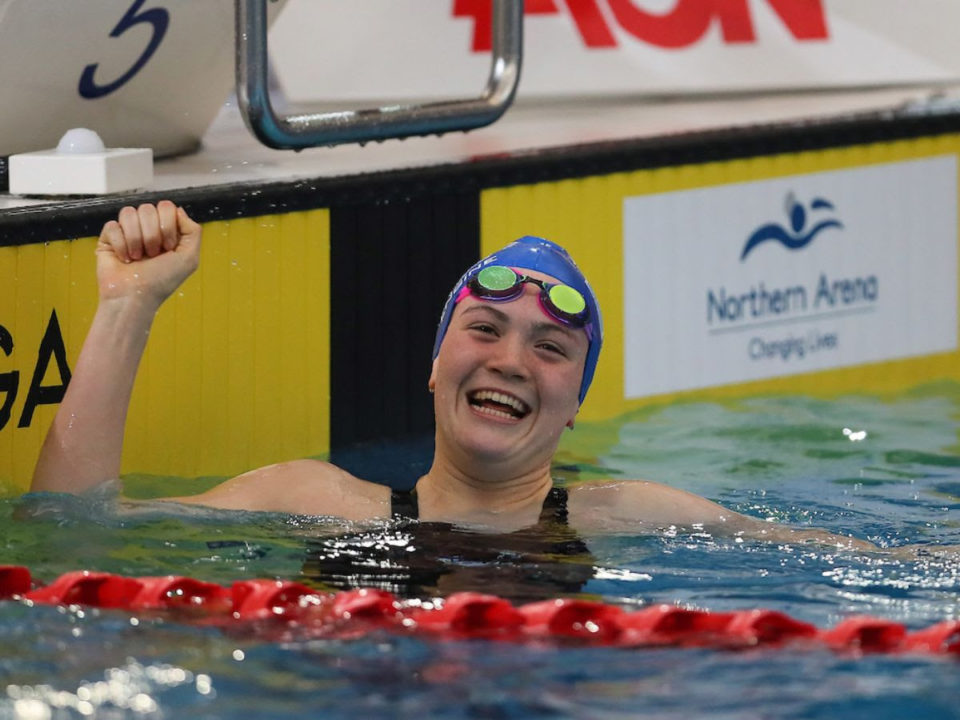 17-year-old Erika Fairweather puts up a big time nearly every race and on this occasion, it was in the 400m freestyle in Auckland. Archive photo via Swimming NZ

Stopping the clock in a mark of 4:06.54, Fairweather crushed her own previous record of 4:10.18 set just this past February. Although the freestyle ace had been faster than that outing with a then-lifetime best of 4:07.23, she was just 16 when she raced that result in February of 2020. Her birth date is December 31, 2003.

As such, Fairweather’s 4:06.54 time here checks-in as her new career-quickest, as well as the fastest Kiwi time ever posted by someone not named Lauren Boyle. She solidifies her spot on the New Zealand roster for Tokyo with this swim, easily getting under the FINA ‘A’ cut of 4:07.90 needed for this summer’s Olympic Games.

For perspective, Fairweather would rank as the 8th fastest U.S. women’s 17-AND-18-yr-old in history with tonight’s result.

Additionally, worldwide, Fairweather’s historic swim checks her in as the 6th fastest women’s 400m freestyler in the world this season. Splits for Fairweather’s performance tonight are below.

She really has the profile of a potential Olympic season bolter. One to watch.