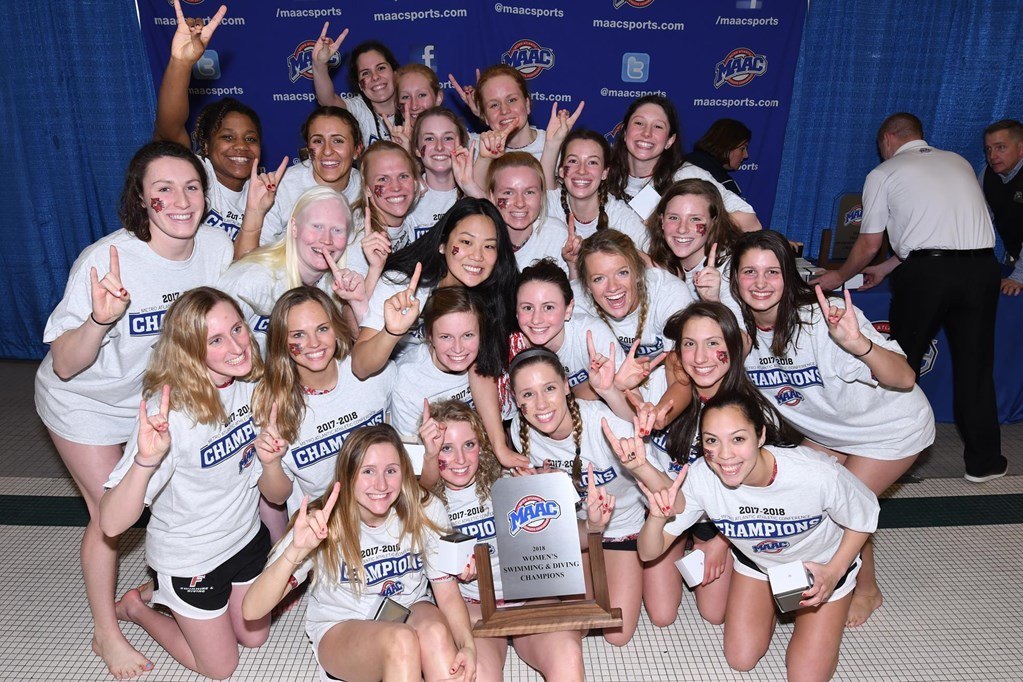 The 2018 MAAC Men’s and Women’s Championships wrapped up on Saturday. Rider senior Zack Molloy broke another league record as he led the Broncs to their 7th-straight conference title. Meanwhile, at the other end of the spectrum, Fairfield won their first-ever MAAC title on the strength of their electric freshman class, including 2 more freshman wins on Saturday, with just enough experience to get them over the top.

Molloy won his 3rd individual race of the meet, the 100 free, in 43.10. That broke his own MAAC Record of 43.47 set at last year’s meet. That is an NCAA “B” qualifying standard, though based on historical invite times, it’s unlikely to be invited to the NCAA Championships. Molloy now owns the MAAC record in the 50 free (set earlier this week), 100 free, 200 free, and 500 free. In total, Rider broke 8 MAAC Records at the meet, including 4 relays (1 of which didn’t even include Molloy). They wrapped the meet with a win, and conference record, in the 400 free relay with a 2:58.58. Molloy anchored that relay in 42.69.

On the women’s side of the pool, Fairfield finished the meet with wins in 5 of the day’s 6 events. The story of the meet for Fairfield has been the freshmen class, which was highlighted again on Saturday. Freshman Sara Ostensen dropped 10 seconds from her seed to win the women’s 1650 free, which became a key win in the team battle: Marist picked up 2nd-through-5th place points in that event.e

To put into perspective what the Fairfield freshmen did this week, they occupied 14 out of the team’s 20 relay spots, won 6 individual events, and were responsible for 385 out of 532 of the team’s individual points: 72% of the scoring.

So impressive that shows what good recruiting and coaching can do