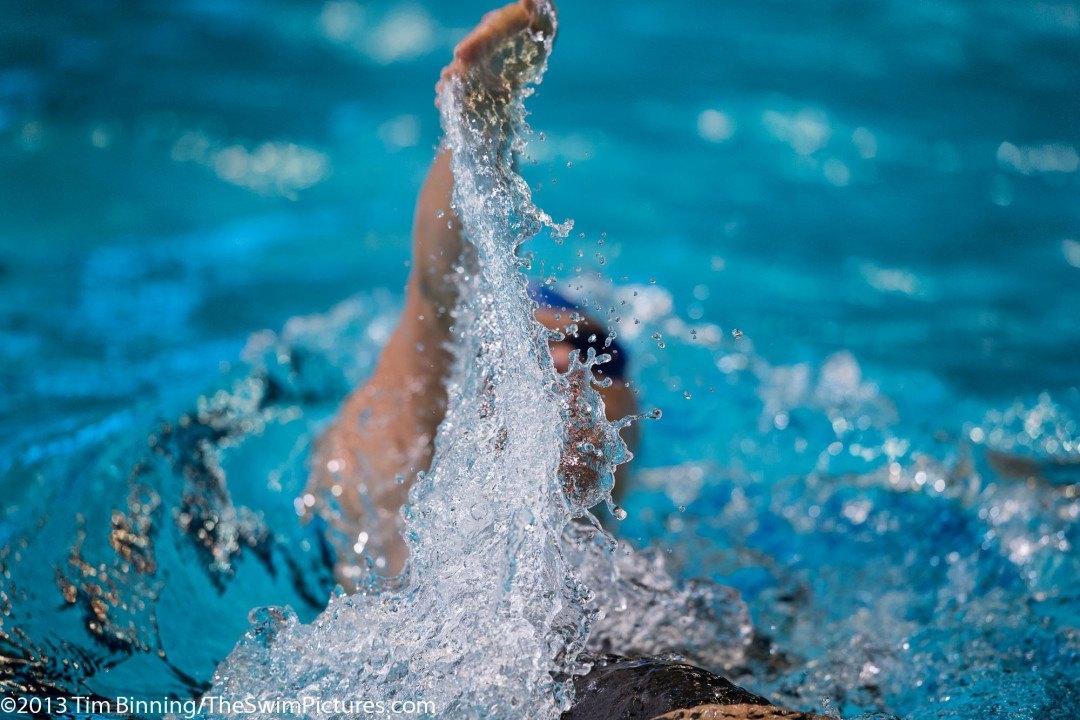 Russian Sergey Melnikov has been provisionally suspended by FINA after a positive test for EPO at the 2013 European Championships. Stock photo via Tim Binning/TheSwimPictures.com

With final testing results still coming in from year-end meets, yet another Russian doping case dating to 2013 has come through the wire. the FINA Executive decided on Wednesday to impose a provisional suspension upon Russian swimmer Vitalli Melnikov after testing positive for the banned substance EPO at the 2013 European Short Course Championships.

If findings result in an upheld suspension of any kind, then Melnikov would be stripped of both his silver medal in the 100 backstroke, which was actually won on a day where he didn’t test positive, as well as his gold medal in the 200 medley relay. That 200 meter mixed medley relay, one of the first at a major competition, ran away with the title by a second-and-a-half over Gemrany, and included Melnikov, Yulia Efimova, Svetlana Chimrova, and Vlad Morozov. All four of those swimmers would be in danger of losing their gold medals as well.

Efimova, also on that relay, and has also been under a provisional suspension since January while her case is heard.

Per FINA rule DC 10.10.10.1, this makes Melnikov ineligible to participate in training camps, competition, exhibitions, or a practice organized by any club that is a member of a FINA Federation, though those practice rules are often very difficult to enforce.

EPO is a substance commonly used in what’s referred to as “blood doping,” and a reliable test wasn’t developed for it until the year 2000. The substance, which also occurs naturally in the body, controls red blood cell production, which controls the amount of oxygen that is able to travel to muscles. A positive test for EPO (erythropoietin) usually occurs when these levels are elevated beyond the point of natural production by the body. This is one of the substances that cyclist Lance Armstrong has been accused of using during his cycling career.

The Russian Anti-Doping Agency has not yet made any statement on Melnikov’s positive test. The 22-year old is a much better short course swimmer than a long course swimmer, but with a 49.87 in a 25 meter pool in the 100 backstroke, the potential was certainly there for him to have a breakout summer in long course.

Another Russian? LOL.
This is approaching being comical and soon may approach their track and field scandal.

And yet just two days ago I wrote here that the (mis)fortune of Russian swimming will largely depend on the effectiveness of Russian Federation, FINA, WADA in conducting more intensive drug testing. I didn’t expect my prediction to be validated so soon, though.

FINA and WADA should keep their eyes open as well for morozov, lobintsev, izotov.