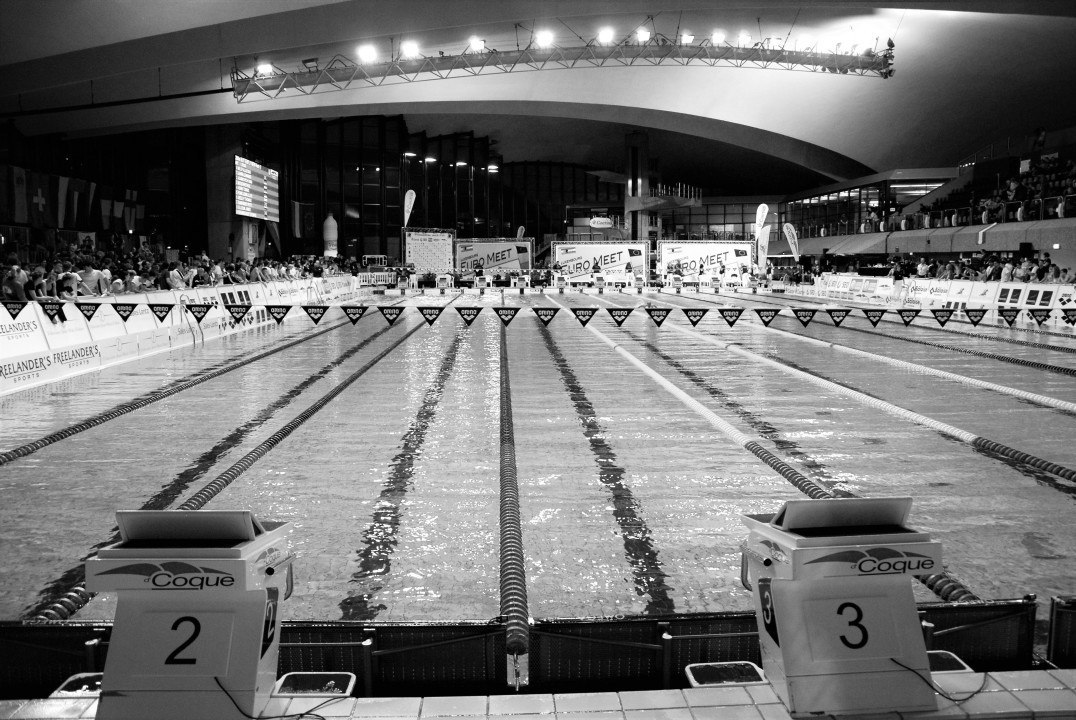 The 2018 Euro Meet was held from January 26th to 28th at the d’Coque aquatic center in Luxembourg. Many of... Current photo via Video courtesy of Euro Meet

The 2018 Euro Meet was held from January 26th to 28th at the d’Coque aquatic center in Luxembourg.

Many of the World’s and Europe’s best swimmers started their long course season and preparation for the Commonwealth Games in April (Gold Coast, Australia) and the European Championships in August (Glasgow, Scotland) with a first speed check.

World record holder Sarah Sjöström set an Euro Meet record with a time of 56,77 in the 100m butterfly. She also leads the 2018 world ranking now.

Adam Peaty also set the fastest time in the world in 2018 with his winning time of 59,62 in the 100m breaststroke.

Ben Proud is the first man in the world in 2018 who stayed under 22 seconds in the 50m freestyle with his winning time of  21,89. Germany’s Damian Wierling and Japan’s Shinri Shioura finished second in 22,26 and are both now on the third spot in the FINA world ranking for 2018.

Last one, fast one at the 2018 Euro Meet: The men’s 100m freestyle. Kliment Kolesnikov took the last victory of the 20th Euro Meet, he was clocked at 48,52, this is the fastest time in 2018 worldwide so far, for Kolesnikov a new personal best time and he now ranks ahead of USA’s Nathan Adrian in the FINA world ranking.