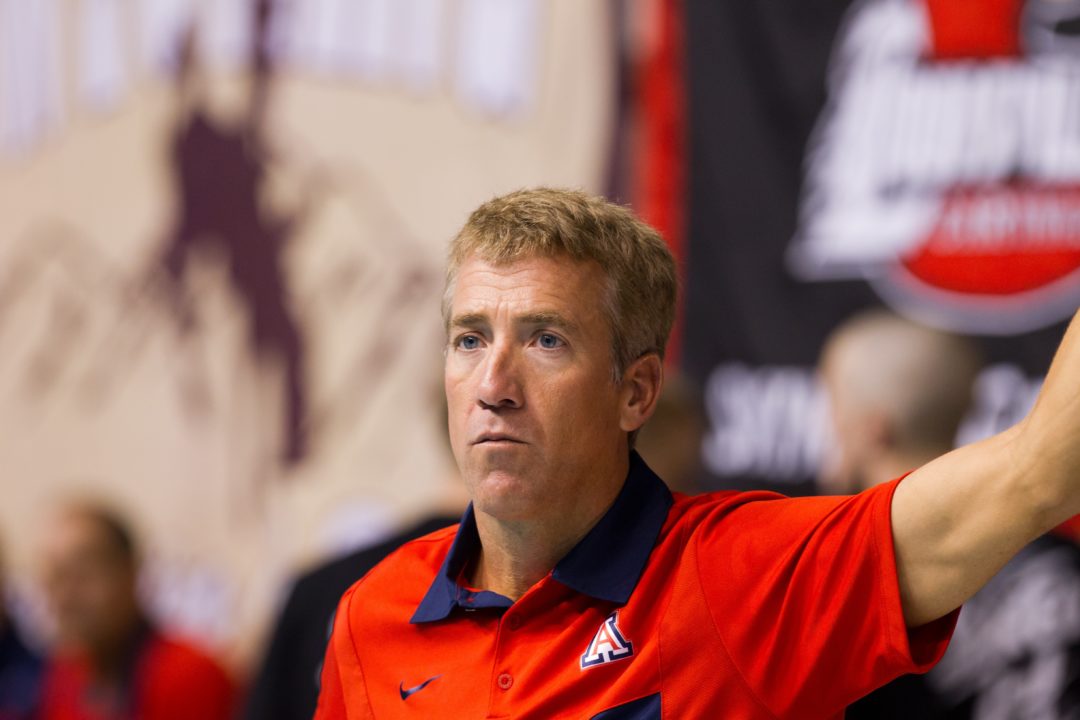 In an update to an earlier story, USA Swimming has named their full coaching staff for December’s Short Course World Championships in Istanbul, Turkey.

Arizona head coach Eric Hansen (men) and Chuck Batchelor of the Bluefish Swim Club (women) will lead the staffs as they lead a post-Olympic squad that is at least as full as the one the Americans took to Dubai in 2010.

Hansen is most responsible for one man and one woman on this year’s roster, both breaststrokers in Ellyn Baumgardner and Kevin Cordes. He also now coaches backstroker Bonnie Brandon, with Clark Burckle and Matt Grevers representing the club arm of the Wildcats at Tucson Ford.

Batchelor is the official coach of record for another breaststroker, Laura Sogar, though Sogar spends much of her time training at the University of Texas. His most famous trainee, Elizabeth Beisel, isn’t making this trip.

The assistant men’s coaches will be Tony Batis from Palo Alto Stanford Aquatics (PASA), Josh White from Michigan, and Whitney Hite from the University of Wisconsin. Hite is a former assistant at Arizona, where Hansen is now the head coach, and a former under-coach of current National Team Director Frank Busch. Batis put Jasmine Tosky on the team, though was still named an assistant on the men’s team and not the women’s. White is the man responsible for the training of the Wolverines’ elite distance group that includes three current and former National Teamers. Of the three, Ryan Feeley will be the lone representative at Short Course Worlds, swimming the 1500 free.

On the women’s side, Bruce Marchionda from Western Kentucky, Rachel Stratton-Mills from Asphalt Green, and Bill Rose from Mission Viejo have earned the honors. Stratton-Mills will travel with her high school star Lia Neal, Rose trains Chloe Sutton, among other National Team members, and Marchionda (as discussed earlier here) coaches butterflier Claire Donahue at Western Kentucky.

Though at a Short Course World Championship, the coaches don’t have a ton of technical coaching responsibilities for athletes who they don’t regularly train, this staff’s particular expertise is stacked with distance coaches and breaststroke coaches, specifically. Also interesting is that almost the entire men’s coaching staff (with the exception of Batis) have heavy Big Ten college roots. Overall, the staff has a nice mix with three college coaches and 5 club coaches.

Great names in this list. I like Chuck Batchelor. When he is at a meet we can hear him very easily on the webcast. He utters shrieks to help his swimmers. I had watched a video and he explained his technique to do it. He’s a great coach.