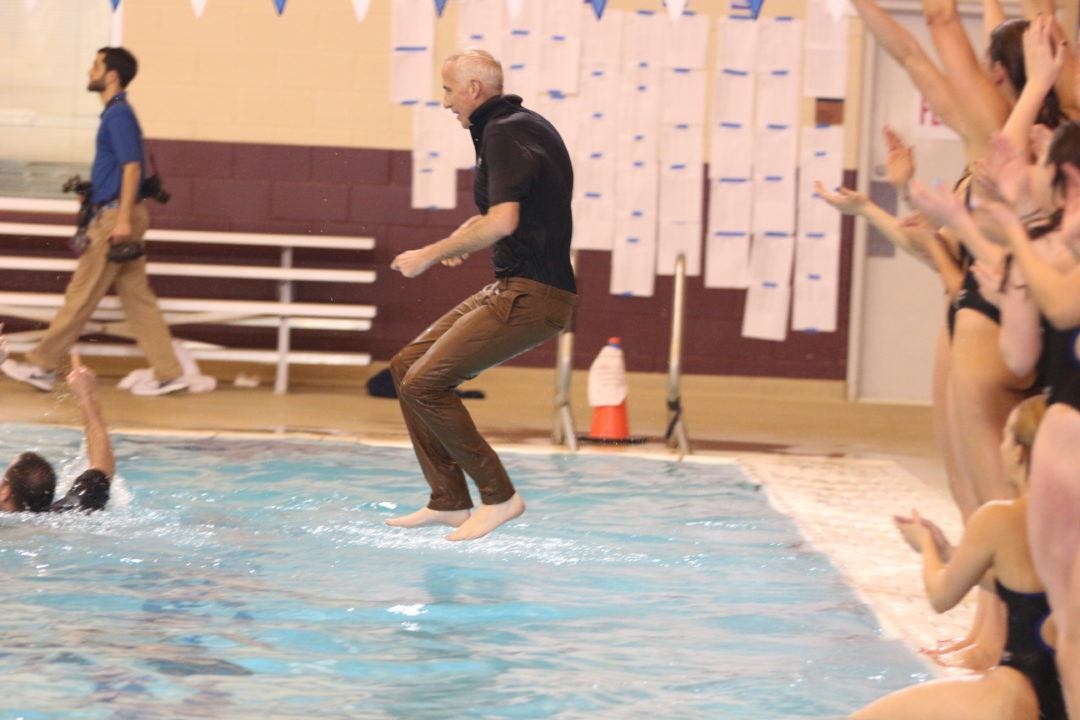 Emory’s women’s team rolled to their 9th national title in a row, winning by only half the margin they won by last year (still 103 points), but won 6 events, and broke 4 NCAA Division III national records.

Under Howell’s leadership, junior Fiona Muir won the 50 free, breaking the DIII record in prelims, and the 100 free. Cindy Cheng won the 200 free, where Emory also went 1-2, with Muir coming in 2nd. Cheng was also a member of the 200 medley relay, 400 free relay and 800 free relay, all of which broke the DIII record. Muir was a member of the free relays, while Meg Taylor was on all 3 record breaking relays. Julia Wawer, Ming-fen Ong, Meg Campbell, and Hannah Lally were also each on a record-breaking relay.

Wonder what this guy is thinking? We're thinking Jon Howell is the CSCAA Womens @NCAADIII Swimming Coach of the Year. @EmorySwimming pic.twitter.com/L7VhdJj7V9

Is he walking on water?

Congratulations on a great year!