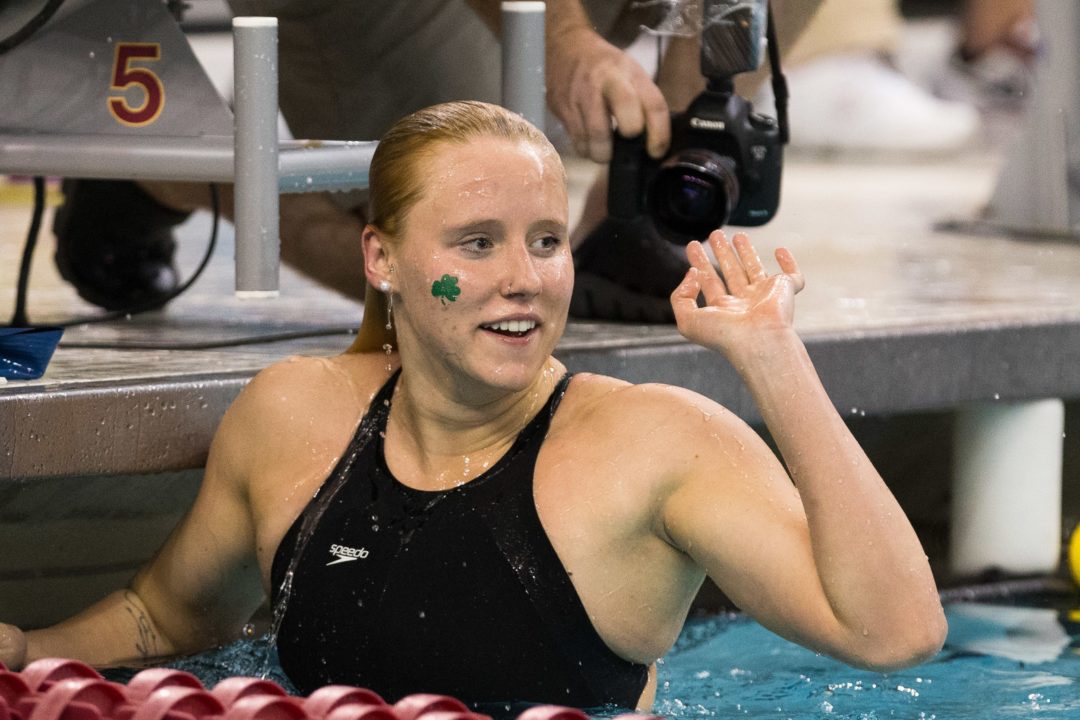 Notre Dame junior Emma Reaney, an American Record holder in the 200 yard breaststroke, was named the top student-athlete in women's swimming & diving in the ACC for the 2013-2014 season. Archive photo via Tim Binning/TheSwimPictures.com

Notre Dame junior Emma Reaney has been named the 2013-2014 ACC Women’s Swimming & Diving Scholar-Athlete of the Year, the conference announced on Wednesday.

The award has been given out annually since 2007 to a junior or a senior with at least a 3.0 GPA (for both their careers and the last two semesters) who has also excelled athletically.

During the 2013-2014 season, her first in the ACC, Reaney broke the NCAA, U.S. Open, and American Records in the 200 breaststroke twice: once while winning the ACC title and then again while winning the NCAA title. She won three events in total at ACC’s and earned three All-American honors to boot.

She led Notre Dame to 6 total athletes on the All-ACC Academic Team for this season, which tied them with Florida State for the 2nd-most. The Virginia women, who were the conference champions as a team, led the way, though, with 12 on the team – almost 1/4 of the 49 swimmers in total included on the list.

A special congratulations goes out to SwimSwam contributor Christine Wixted, who earned her 3rd trip to the All-ACC list this season.

Emma makes it really easy to be a proud gramma!