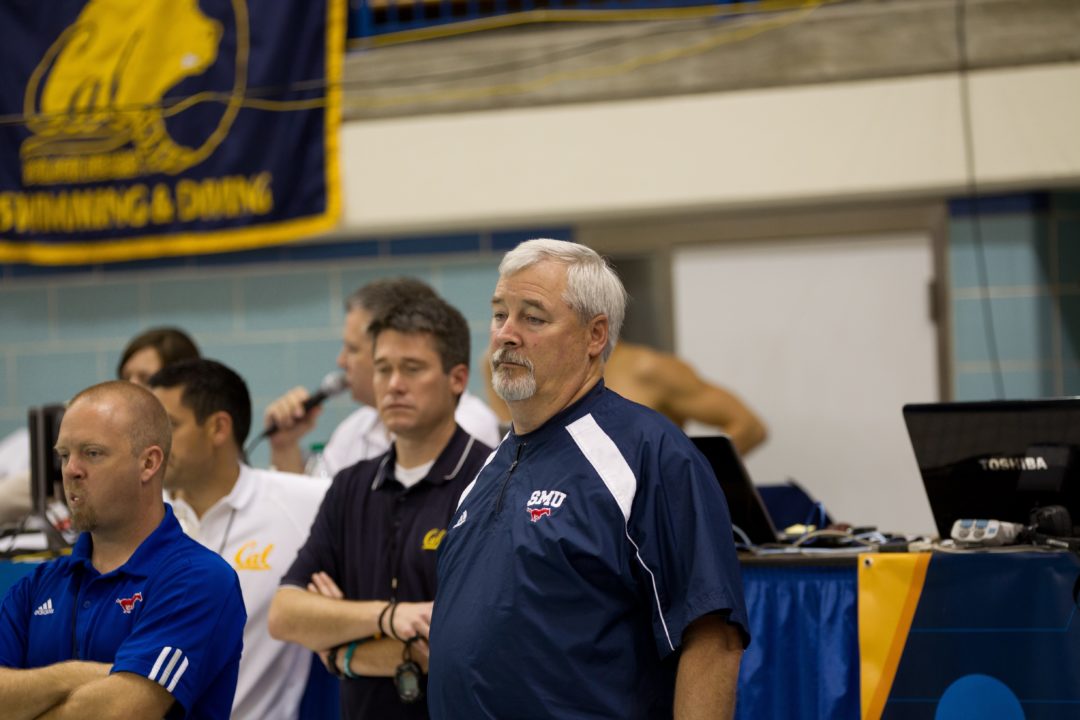 The College Swimming Classic features one of the most spectator friendly formats in the sport and it's being held this weekend at SMU. (Swim Photo Credit © Tim Binning, TheSwimPictures.com)

Eddie Sinnott is in his 24th season as the Men’s Head Coach at Southern Methodist University. One of the greatest traditions that the program has developed is the Classic. It’s six team duel that features two heats per event, one swimmer from each team in each heat. The 2013 Classic is this weekend at the Perkins Natatorium right in the heart of the SMU Campus and will include Michigan, Florida, USC, Louisville, Purdue, and SMU. In this interview with Garrett McCaffrey, Eddie discusses which teams have the best shot in this unique format. He also discusses how he keeps his coaching fresh after nearly a quarter century of leading the Mustang Men in the pool.

should be a good weekend and great team race between USC and Michigan.