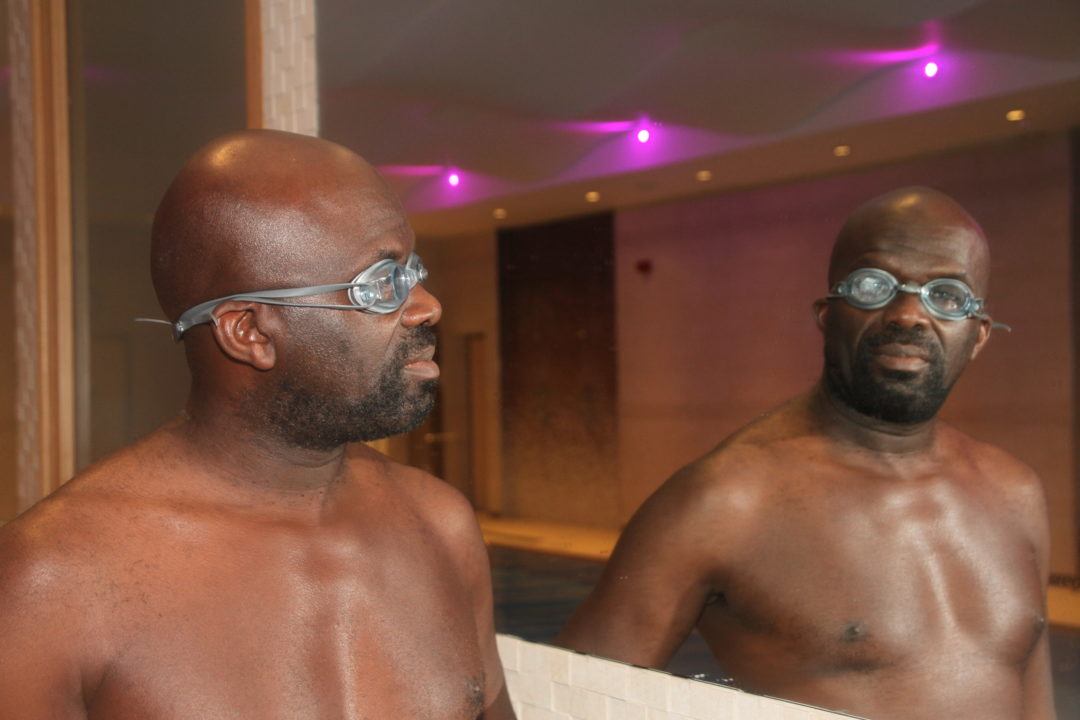 Directed by Mysterex, the film chronicles Accura’s experiences learning to swim and addresses stereotypes and myths that have been perpetuated about black people and swimming, and how those factors play into Accura’s own anxiety and “borderline trauma.”

The film’s debut is timely, as superstar singer-songwriter John Legend, who is black, ignited discussion about the importance of learning to swim when he tweeted earlier this week that he himself cannot.

I can't really swim. Today I took my first swim lesson since I was like 5. My dad learned in his 60's so I feel like I'm ahead of schedule.

First proposed by the UK-based swim lesson provider Swimming Nature, the short also discusses some of the social reasons behind why drowning affects black communities at such a disproportionate rate. There’s generally a dearth of UK-based data on race and swimming, but a 2017 study by Sport England found that white children in Britain are three times more likely to know how to swim than children of color. A 2014 CDC study found that black children aged 5-19 in America drown at a rate over five times greater than that of white children.

Accura is enrolled in Swimming Nature’s “Prologue Programme,” which is “For those at the beginning of their swimming journey not yet able to kick 10 meters on their front and back without the use of aids.”

He can now fully submerge his head “with ease” and said that kicking is proving his biggest challenge. “Personally my weakness is not kicking enough with my left foot, and also remembering to keep my hands straight,” Accura said.

“I have been told my progress is great.”