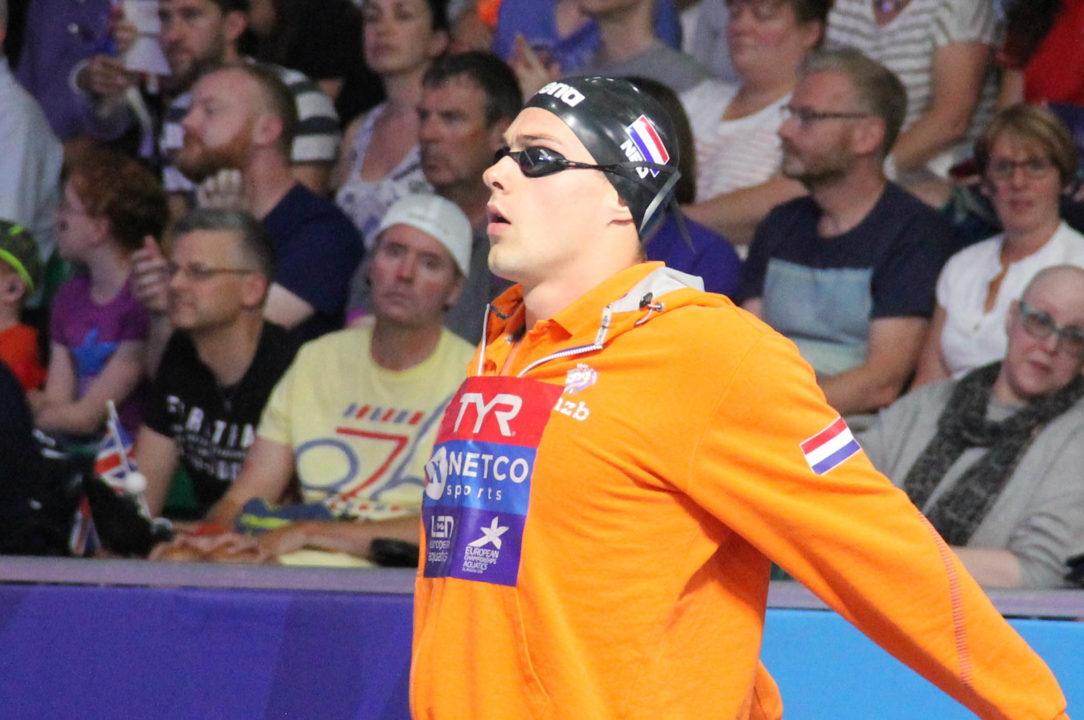 The 49th Internationales Schwimfestiva gets underway in Aachen, Germany this weekend. Archive photo via Giusy Cisale

In addition to the 2017 European Championships, Speedo Cup in Amsterdam this past summer, as well as all of the stops of the 2018 FINA World Cup Series, the 49th Internationales Schwimfestival represents the remaining qualification meet for Dutch swimmers vying for spots on this year’s Short Course World Championships roster.

Per the Dutch selection procedures for Hangzhou, the athletes with the 2 fastest times are eligible to represent Netherlands at the Short Course World Championships, provided they meet or exceed the following qualifying times listed at the bottom of this post.

With the World Cup serving as a premier qualification series for Hangzhou, big stars such as Ranomi Kromowidjojo and Femke Heemskerk are absent from the ISF start lists as they’ve been hitting cluster spots and reaping qualification marks along the way. But, there will still be several key Dutch players in action in Aachen, Germany, including national record holder Jesse Puts, breaststroking ace Tes Schouten and flyer Matthys Goosen.