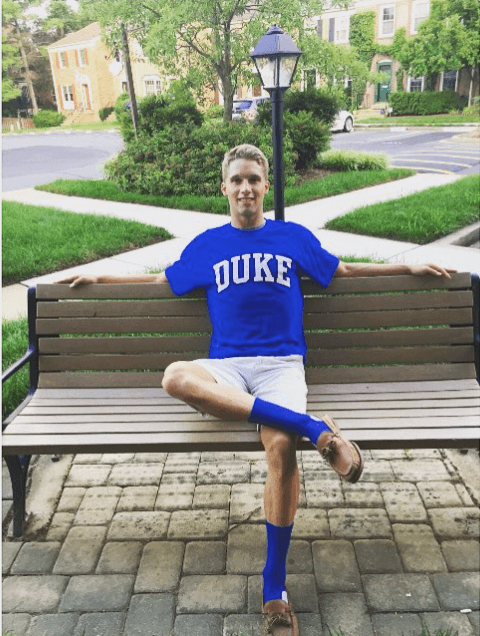 The Duke Blue Devils have grabbed their first male commitment from the high school class of 2016 with NCAP’s Chris Murphy.... Current photo via Chris Murphy/@chrismurphy304

The Duke Blue Devils have grabbed their first male commitment from the high school class of 2016 with NCAP’s Chris Murphy. He announced his verbal commitment via Twitter and Instagram.

Excited to say that I have verbally committed to swim at Duke University! Go Blue Devils! https://t.co/ATMRmThBMZ

Duke, who competes in the ACC with teams like UNC, NC State, and Virginia Tech which house incredibly talented swim programs, has made significant strides with their women’s team in the last two years and is looking to do the same with their men. Murphy’s strengths lie in the backstroke and the distance freestyle, where the Blue Devils could certainly use some depth.

With the class of 2018 coming in hot, the two freshmen-to-be that might train best with Murphy are Max St George from Wheaton, IL, and Riley Hickman of Davis, CA. St George is a 48.0-1:49.8 backstroker, while Hickman is a mid-distance freestyler with bests of 1:38.27 in the 200 and 4:29.49 in the 500. Murphy still has a full year before he gets to Duke, where he will join a young team with lots of growing talent and potential to move up in the ranks of the ACC.

What a spicy Blue Devil that Christopher boy is