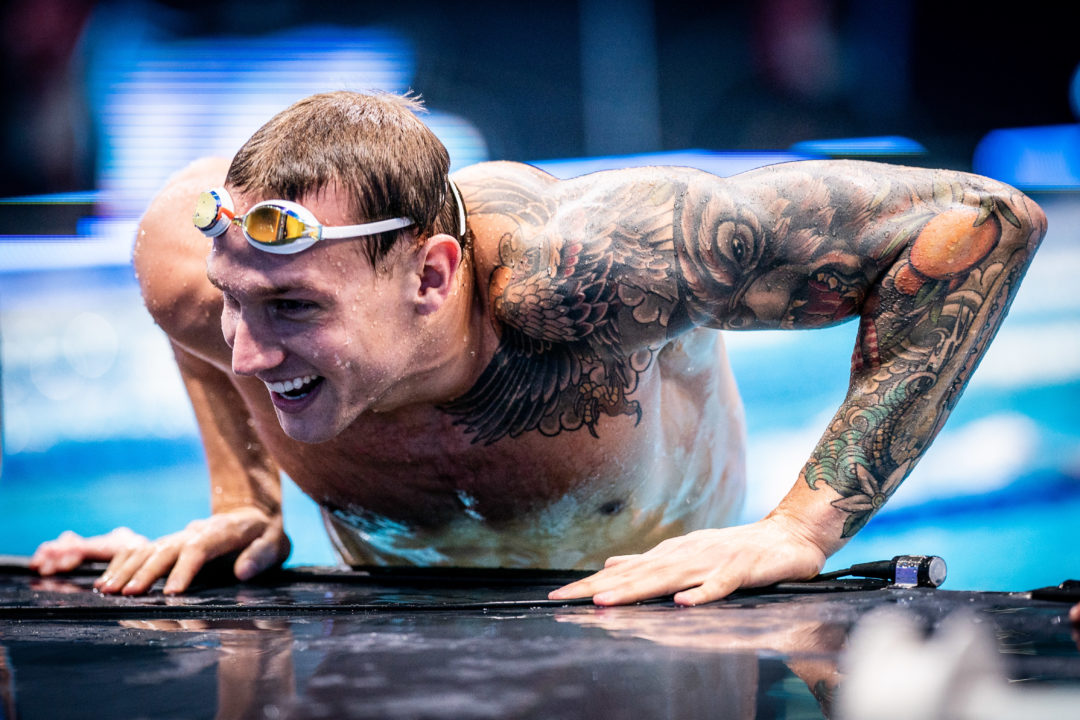 Several of the world’s top swimmers were back in action for the final session of the ISCA International Senior Cup including Caeleb Dressel who won 2 events. Archive photo via Mine Kasapoglu

Several of the world’s top swimmers were back in action for the final session of the ISCA International Senior Cup.

After taking the top seed in prelims, world record holder Caeleb Dressel claimed first place in the 100 meter freestyle with a time of 48.84. Dressel significantly improved upon his season best with his performance, which previously stood at a 49.75 from the Pro Swim Series earlier this month. His time also makes him the 10th fastest swimmer in the world for 2021, and the 2nd fastest American.

NC State commit Arsenio Bustos finished second in a time of 49.25, chopping over a second off of his personal best of 50.56. Bustos also swam a best time in the event during this morning’s prelims session with a short course time of 43.27.

Egyptian Farida Osman finished first in the women’s 100 freestyle, taking her fourth win of the meet in a time of 55.63. Osman was not far off of her best time of 55.35, which stands at the Egyptian National Record.  Marina Spadoni finished second in a time of 56.09, following up her runner-up finish in the 50 free. Sherridon Dressel came in 3rd with a time of 56.50.

Notably, Olympic Champion Ryan Lochte scratched all of his races tonight after qualifying for finals in the 100 free and 200 breast.

Caelebs comments on his performance tonight:

I didn’t see the results from yesterday what did he go into 200 free?

Kind of off topic but kind of not, will hayon (one of the nations top recruits who also just made his first Olympic trials cut in 100 fly) swam at this meet and just committed to Virginia tech