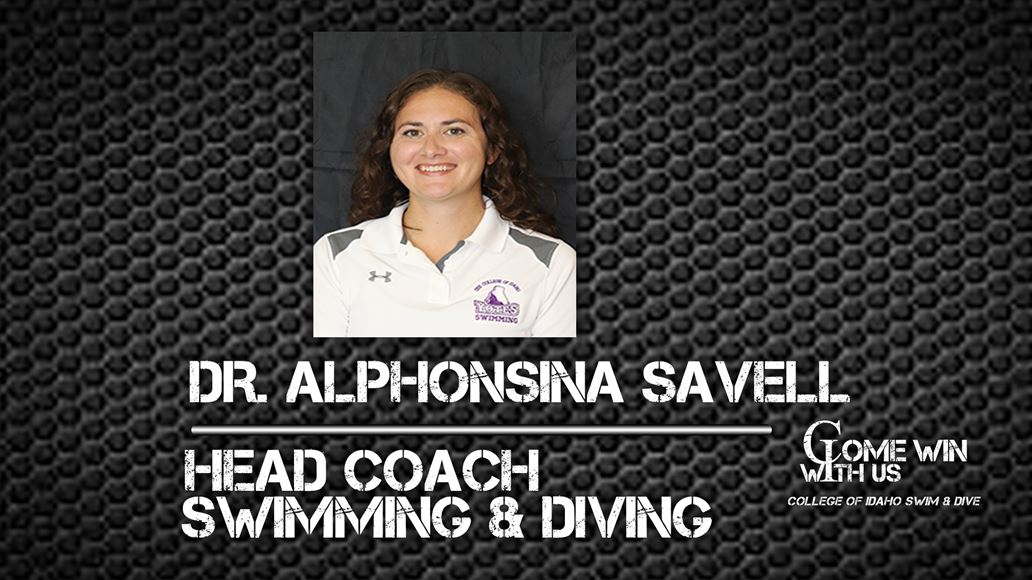 Caldwell was a four-time national meet qualifier as a swimmer at Idaho from 2005-09, and spent six years as a swim coach at Caldwell High School. Current photo via Yote Athletics

She was a four-time national meet qualifier as a swimmer at The College of Idaho from 2005-09, swimming the 100 and 200 Breaststroke, 200 and 400 Individual Medley, the 50 Freestyle, and on various relays.

Savell served as an assistant and head swim coach at Caldwell High School from 2009-2015. She has been with Caldwell Swim Club for 27 years, 10 years as a club swimmer, 12 years as an assistant, and five years as head coach.

Savell graduated with her bachelor’s degree from C of I in creative writing and education in 2009 and a master’s in teaching in 2011. She completed her Ed.D. in higher education in Concordia University-Portland in 2020.

Savell is also in her sixth year as a seventh-grade English teacher at Jefferson Middle School in Caldwell, after teaching English for seven years at Eagle High School. Savell lives in Caldwell with her daughter, where they have a dog, two cats and nine goldfish.