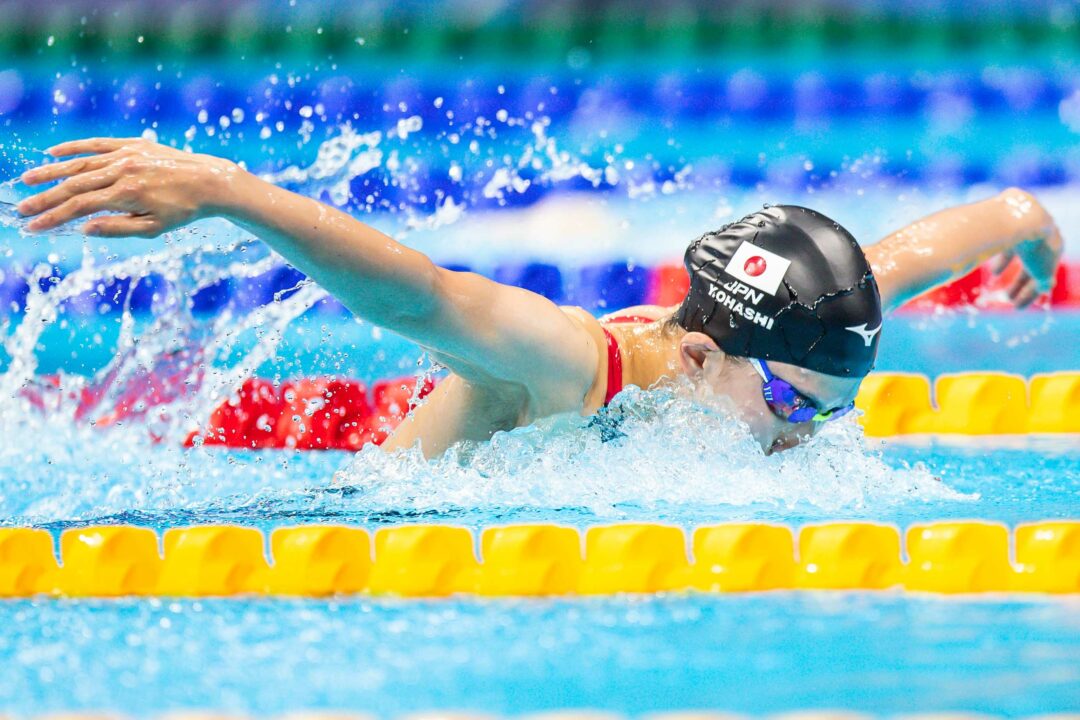 Double Olympic gold medalist Yui Ohashi of Japan has decided to change up her training environment after her Tokyo 2020 success. Archive photo via Jack Spitser/Spitser Photography

Japan’s Yui Ohashi was the host nation’s most successful swimmer this summer at the Olympic Games. The versatile 26-year-old topped the podium both in the women’s 200m IM and 400m IM, contributing to two out of the three total medals Japan reaped at the postponed Games.

This weekend Ohashi will join fellow Olympians Tomoru Honda, who took home men’s 200m fly silver in Tokyo, Shoma Sato, Rikako Ikee and others at the 2022 Kosuke Kitajima Cup taking place at Tatsumi International Swimming Centre. As we reported, Daiya Seto and Ippei Watanabe are no longer participating due to COVID-19-related issues, as is the case with 2016 Olympic silver medalist Masato Sakai.

In a press conference previewing the meet, Ohashi confirmed she has indeed changed coaches post-Olympics. Ohashi had been training under national team head coach Norimasa Hirai since her time as a student-athlete at Toyo University through her build-up to Tokyo’s success.

However, Ohashi has now linked up with coach Masako Ishimatsu, of whom she says together “will take on new challenges that are different from the past.”

“I’m having a hard time (in the new environment), but I’m looking forward to seeing how it will appear in the results,” is how Ohashi described her transition to Ishimatsu.

Although Ohashi has proven her mettle in the IM events, she is an accomplished butterflier as well. Ohashi has raced both the 100m and 200m fly events primarily at domestic meets, holding personal best times of 57.83 from 2:07.57, respectively, with both outings coming out of 2019.

She has a similarily gorgeous backstroke

7
0
Reply
There's no doubt that he's tightening up

Those training sessions must be backstroke pornography.

Her backstroke is GORGEOUS. I’ve always thought if she wanted to, she could have a world-class 200 back. Maybe now she’ll pursue it. I still think she will go a 4:29 400 IM before she retires.