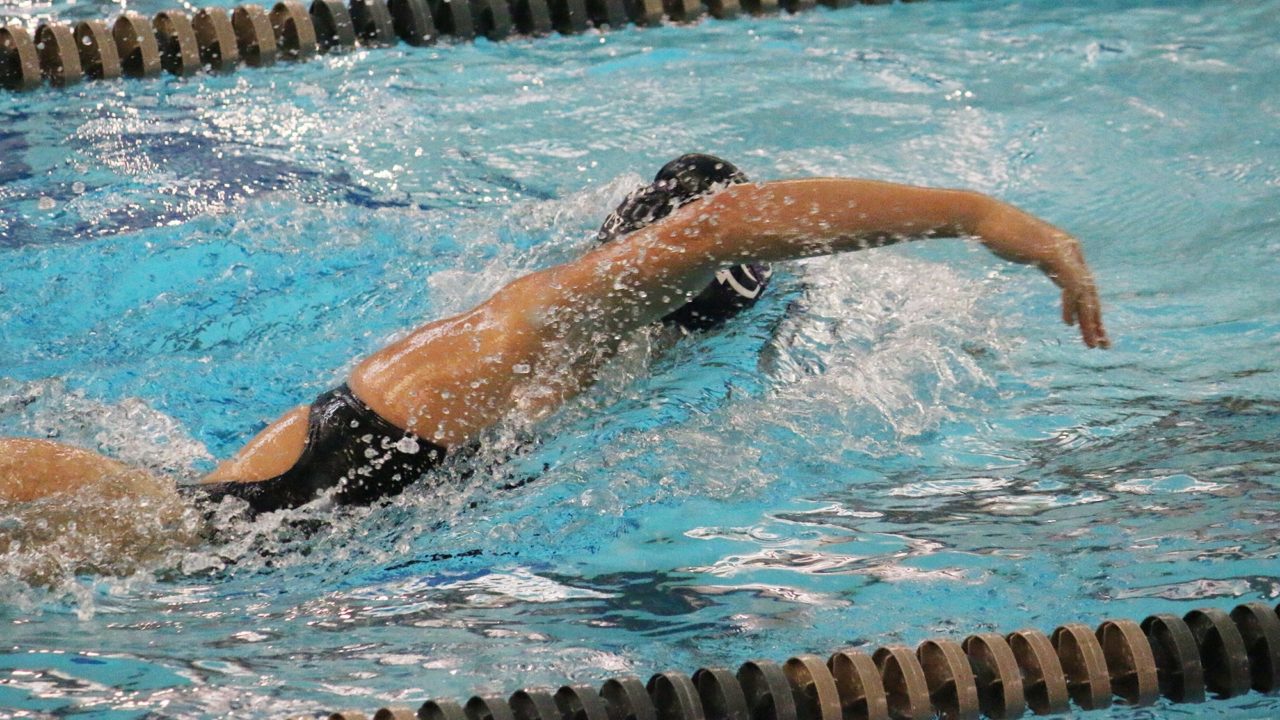 The Royals, winners of the last five NCAA Division II Swimming National Championships, were led by junior Francesca Bains who won the 200-, 500-, and 1,000-Yard Freestyle events. Her time of 10:20.99 in the 1,000-Yard Freestyle was good enough to qualify for an NCAA B Standard.

Freshman Danielle Melilli won her first collegiate race, the 50-Yard Freestyle, with an NCAA B cut time of 24.03, while fellow freshman Yuliia Stadnyk set a pool record in the 200-Yard Butterfly with a winning time of 2:05.84.

Senior Polina Lapshina, the 2019 CSCAA Female Swimmer of the Meet, picked up right where she left off, winning the 100-Yard Freestyle with a Division II B Standard time of 50.49, while Melilli followed close behind with a ‘B’ cut time of her own in the race. Sophomore Bobbie Gichard was the team’s final individual winner, reach the wall in 2:05.86 to take the top spot in the 200-Yard Backstroke.

The Royals are back in action again on Saturday, Oct. 19 when the team hosts NCAA Division III powerhouse Emory University at 10 a.m. in the Queen City.

And the Wildcats turned in a number of notable swims — including from freshmen making their college debuts — in a meet that will finalize its scoring with diving Saturday in Cannon Pool, while the Davidson men swim against Queens.

The meet began with the 400 medley. UNC Asheville’s relay A, made up of Christa Jones, Amelia Ham, Madison Rogan and Hannah Bruno, paced the Bulldogs with a sixth place finish with a time of 4:05.1. The quartet was less than a second off from a top five finish.

Skylar Rogan picked up a third place finish in the 1000-yard freestyle with a time of 10:52.09. Catherine Allen finished right on her heels at 10:54.85 with a fourth place finish.

Adee Weller secured a top five finish in what was a tightly contested race in the 200-yard freestyle with a time of 1:57.79. The Boulder, Colo. native finished in fourth place but was less than a second away from a second place finish. Nora Segurola Larrinaga and Jessie Frank finished seventh and eighth, respectively, in the event. Segurola Larrinaga raced a time of 1:58.84 while Frank finished with a 1:58.86. Less than two seconds separated second through eighth place in the 200-yard freestyle event.

Freshman Bela Stuart Vieira paced the Bulldogs in the seventh event of the meet. The Brazil native finished the 100 freestyle in fifth place with a time of 54.56, while senior Adee Weller was right behind with a time 54.95 and a seventh place finish. Jessie Frank finished eighth with a time of 55.32 and Skylar Rogan secured a time of 55.56.

Nora Segurola Larrinaga led the Bulldogs in the 200 backstroke with a time of 2:11.00 while Christa Jones and Christina Marshall finished with times 2:15.99 and 2:17.29, respectively.

The swimming portion of the meet concluded with the 200 freestyle relay where UNC Asheville’s relay A, consisting of Delaney Carlton, Hannah Bruno, Bela Stuart Vieira and Anna Nabors, finished fourth with a time of 1:40.53.