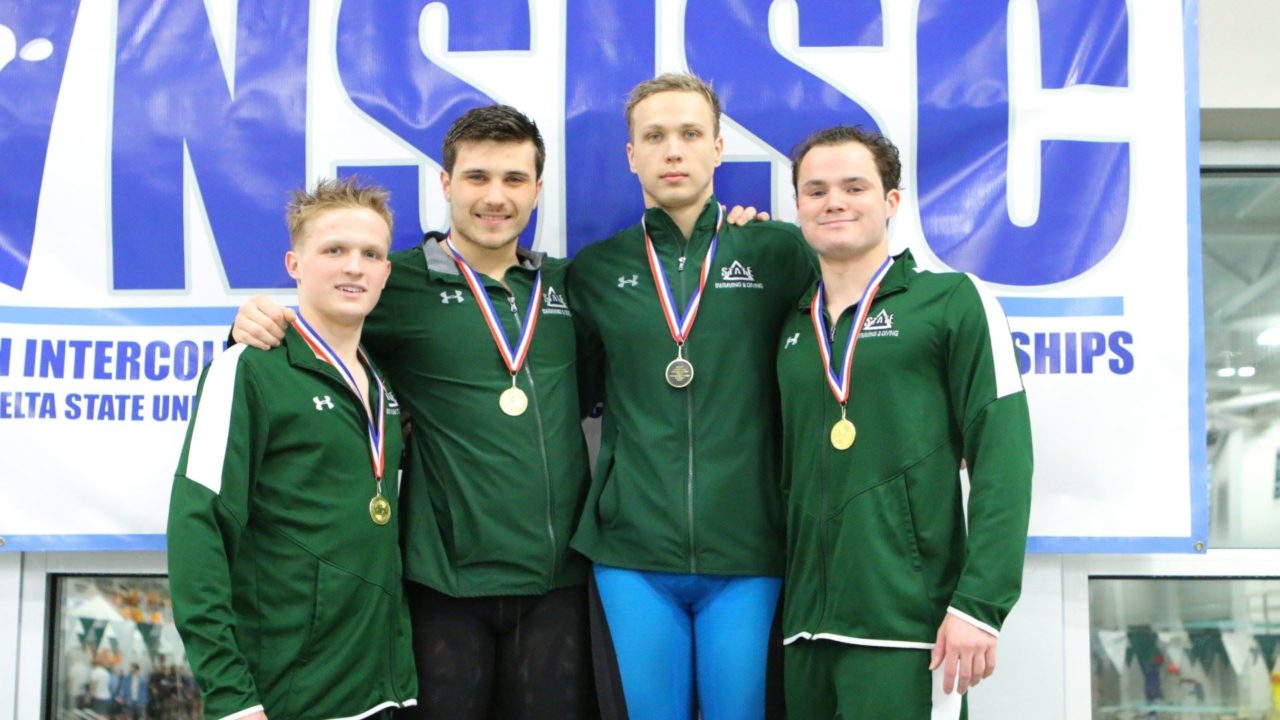 AnnaKate Velasquez, a sprinter from Pearland, Texas, has committed to swim for DII Ouachita Baptist University. She will begin her collegiate career fall 2020.

The Statesmen and Lady Statesmen continue with day two of the NSISC Championships tomorrow. The prelims begin at 10 a.m., with the finals starting at 5 p.m.

CLEVELAND, Miss. – The UWF swimming and diving team ended the first day of the New South Intercollegiate Swimming Conference Championships in first place with 287 total points achieved from the five events today. Delta State is not far behind with 251 points, putting them in second place. Montevallo and Texas-Permian are tied at third with 63 points. Henderson State (62 points) and Ouachita Baptist (59 points) round out the field.

West Florida started the meet off with four top ten finishes in the 1000 Free event. Yael Danieli was the highest Argonaut finisher in the race, placing second with a finals time of 10:23.43. Gena Mendez finished in fifth-place (10:26.77) and Lauren Jonsson followed with a sixth-place finish (10:27.68). Ardinn Grabenhorst came in ninth-place with the time of 10:41.13.

The Argos picked up their first event win of the night in the 200 IM, when Rizzetto swam a 2:00.31 to take first place. Morgan Ayers placed third (2:04.90) earning 16 points for the Argonauts. Lisa Cottage-Ramnick, Olivia Hadaway and Katelyn Balent placed fifth, seventh and eighth, respectively, to add more points to the team’s total in the 200 IM.

UWF achieved their third first-place finish in the 3M Championship Final, when Kelsey DeJesus placed first with a total score of 482.55. Daniela Reyes finished third with 412.05 points. Carson Bronnenberg had 403.70 points, resulting in a fourth-place finish.

West Florida came in second in the 200 Medley Race. Aubrey Miller, Stefanie Markwardt, Ayers, and Rizzetto led UWF to a 1:43.00 time, earning 34 points for the Argonauts.

The meet continues Thursday morning with a prelim session beginning at 10 am. The finals session will begin at 5 pm with the 200 Free Relay, which will be followed by the 400 IM, 100 Fly, 200 Free, and ends with the 400 Medley Relay.