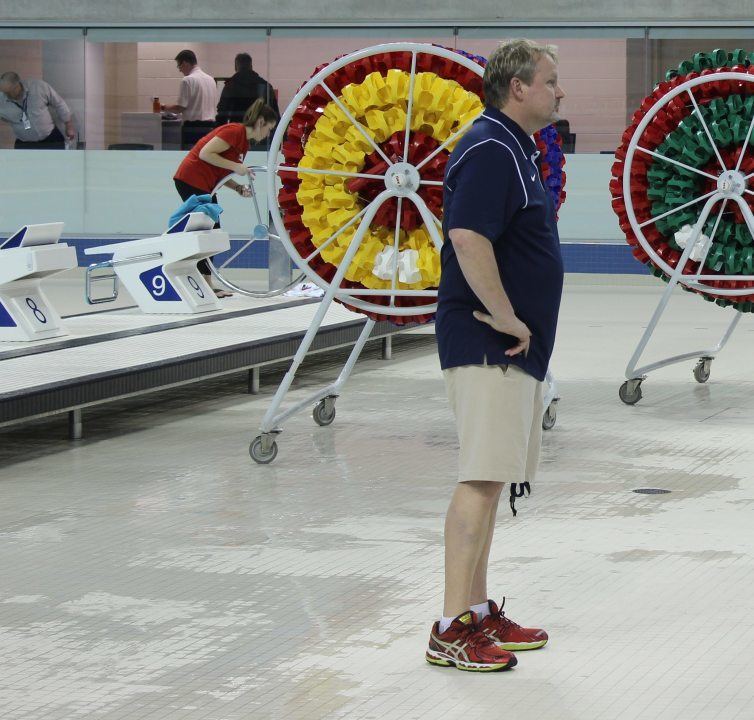 It was announced yesterday by the Danish Swimming Federation that Canadian coach Dean Boles will become the new National Coach in Denmark.

“Dean has both the experience with club environments and national teams in Canada,” says National Sports Director Lars Green Bach.

“He has experience as a coach at the highest international level and experience in facilitating the development of senior elite environments through close cooperation with swimmers, coaches and managers. We see Dean as a positive, winning and passionate person and are convinced that the Danish swimming with Dean has gotten the right person.”

For the last six years Boles has worked as the Provincial for Swim Ontario. In his role he has worked with the coaches and clubs in Ontario to develop athletes who have the ability to achieve success at the international level. He has also work with Swimming Canada, Own the Podium and the Canadian Sports Institute in the development of the Ontario Swimming Academy.

The Ontario Swimming Academy that will provide athlete with support systems which include:

Before taking on his role as Provincial Coach Boles had tremendous success as a club coach. He was on the Olympic Team staff in 2000 and had swimmers compete at the 1996, 2000, 2004 and 2008 Olympics. His most prominent swimmers included Laura Nicholls, Jennifer Button and 2008 Olympic finalist Keith Beavers.

“Dean has been an invaluable contributor to Canadian and Ontario Swimming over the past thirty five years,” said Swim Ontario Executive Director John Vadeika.

“In his role with Swim Ontario the past six years, he brought a level of professionalism and performance focus not previously engaged. He has been an asset to the leadership team of the organization and while sad to see him go, we couldn’t be more proud of him for the opportunity he is pursuing. We wish him all the best in his new endeavours with the Danish Swimming Federation.”

As part of the Danish Swimming Plan 2016 Nick Juba has worked closely with elite clubs and coaches to ensure that they have the support and resources they need to guide athletes to success at the senior international level. Juba will now be able to focus his attention on performances leading up to Rio while Boles will focus on working with coaches and clubs focusing on the 2020 Olympics.

“While head coach Nick Juba has overall responsibility for sporting performance, and is directly responsible for the union’s work with finalists and medal candidates in 2015 and 2016, Dean Boles will be responsible for working with the athletic development of swimmers with 2020 perspective,” commented Bach.

“This is both in terms of club environments and the Danish Swimming Union national team groupings.”

“I look forward to the challenge for myself in the role as National Coach to work with the Sport Federation, the Coaches, Swimmers and Clubs to keep the promising momentum of world class swimming into RIO 2016 and carry forward to Tokyo 2020. I feel my 6 years with Swim Ontario and Canadian swimming in the role of Provincial Mentor Coach has given me experience and developed necessary skills to work with the stakeholders of Danish High Performance Swimming to pursue World Class presence.”

“I have always admired and respected the focused approach and the results of the Scandinavian countries especially the past few years of Danish Swimming. I look forward to developing great relationships with the people of Denmark Sport. I was very fortunate to be surrounded by many great people to develop a strong program here in Ontario, and very appreciative of the sport partners such as Canadian Sport Institute Ontario; Swimming Canada; Own the Podium; and my colleagues in the Swim Ontario office who I will dearly miss who have helped shape me to be ready to embrace this opportunity. I wish Ontario and Canadian swimming well.”

Boles will start his new position in Denmark on June 1st.

Congrats on your new position, Dean!