The Darker Side Of Synchronized Swimming 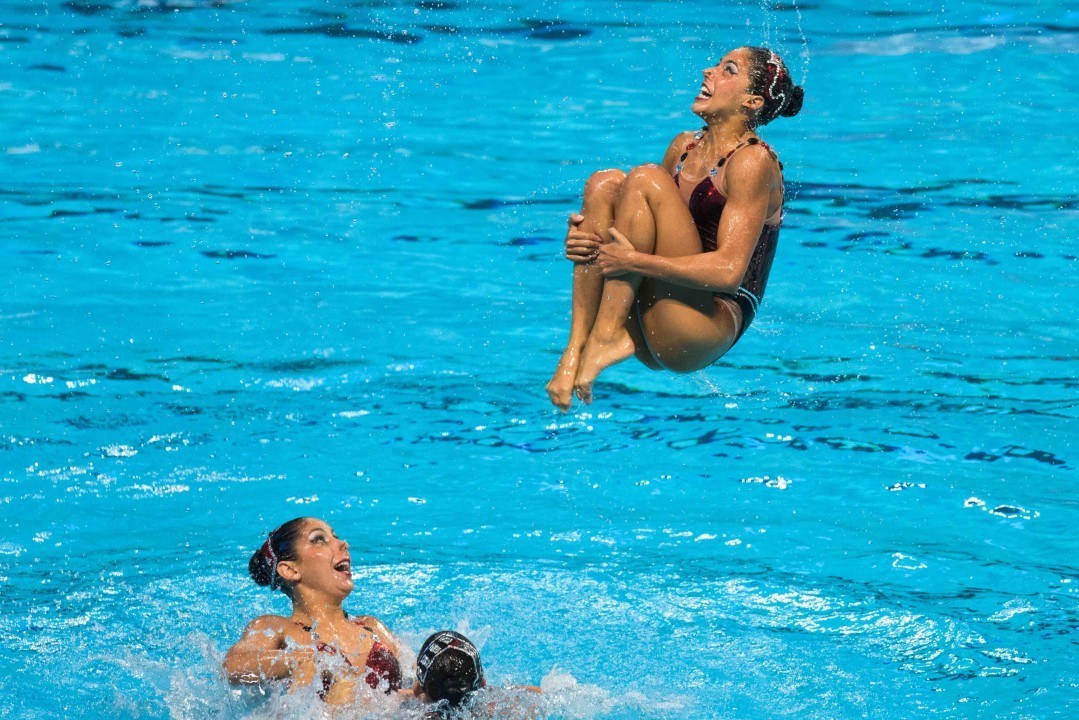 'The closer you swim to each other, the more difficult it is because you're battling each other in the pool, and that's where the danger is," says U.S. Olympic synchronized swimmer Mariya Koroleva. Archive photo via Mike Lewis/Ola Vista Photography

As beautiful and graceful as the sport of synchronized swimming can appear on top of the water, there is an ever-present danger that lurks, quite literally, just beneath the surface. Under the water, a maze of arms and legs intertwine and tangle, which often results in a competitor’s body, including one’s head, getting thrashed and kicked several times during practice or a competition.

In a surprising statistic, Bill Moreau, Managing Director for Sports Medicine for the USOC, estimates that about 50% of synchronized swimmers he has supervised over his career has sustained a concussion. Myrian Glez, Chief Executive of USA Synchro recently told The New York Times that the figure is actually quite higher.

In her experience, Glez says, “100 percent of my athletes will get a concussion at some point. It might be minor, might be more serious, but at some point or another, they will get hit.”

More often highlighted in the context of American football players in recent years, concussions are a clear and present danger for synchronized swimmers, and one whose risk is actually increasing. Due to the evolving rules of the sport, more points are earned during a routine when teammates move closer together in the water, performing more complex throwing moves.

‘The closer you swim to each other, the more difficult it is because you’re battling each other in the pool, and that’s where the danger is,” says U.S. Olympic synchronized swimmer Mariya Koroleva. (The New York Times)

As a synchronized swimmer on a high school team, I can most definitely confirm that we get concussions (serious or minor) all the time. I’ve sustained two concussions over the course of a season. I must say, however, once you walk out to a roaring audience on opening, night, it makes it all worthwhile.

I have only seen a little synchro swimming, but it is truly amazing. It seems a shame that US olympic coverage doesn’t include more if this sport.

I liked the mixed pairs at worlds also. The walk out that the US pair did was great . These girls & guys rock the art of the entrance. Those aerial somersaults are amazing .They remind me of when beam was artistic & routines unique .

It is harder than it looks.