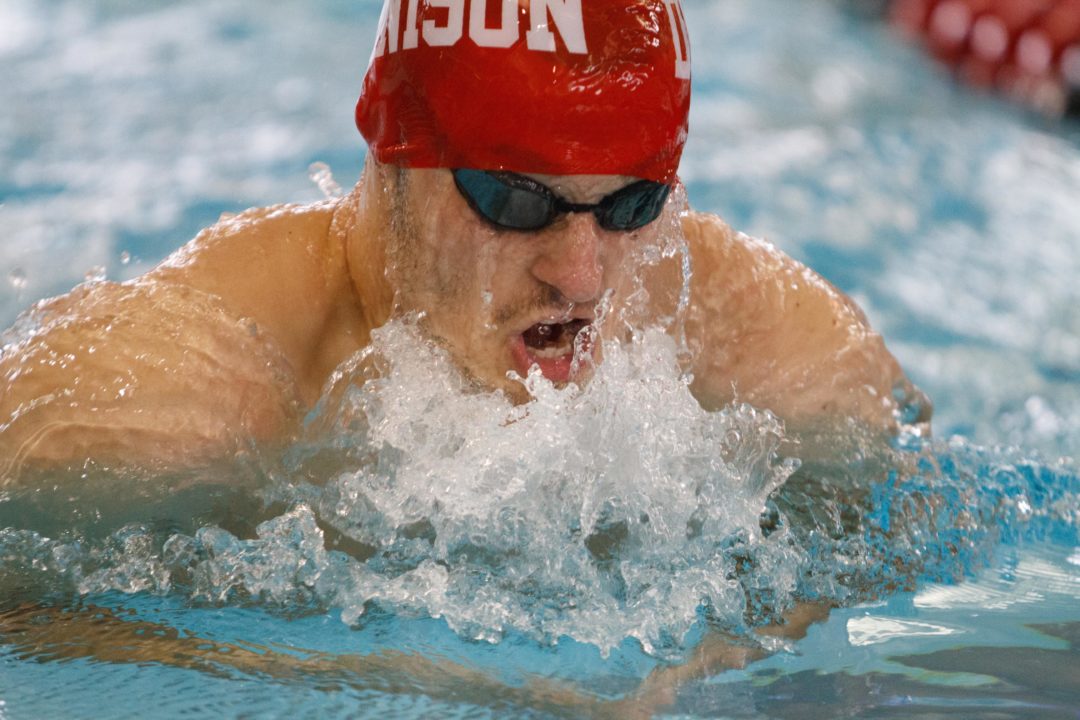 Denison junior swimmer Damon Rosenburg is featured in the Faces in the Crowd section of this week's edition of Sports Illustrated. Current photo via Denison Athletics/Allen Rich

Denison junior swimmer Damon Rosenburg is featured in the Faces in the Crowd section of this week’s edition of Sports Illustrated. The magazine is scheduled to hit newsstands and mailboxes beginning Thursday (Jan. 9) and the digital version is currently available for download. This week’s national cover features the Florida State Seminoles while special regional covers highlight the Indianapolis Colts, the San Diego Chargers, and the Denver Broncos.

Rosenburg was selected for the section thanks to his record-breaking performance at the Miami Invitational in December where he became the first NCAA Division III swimmer to post a sub-54-second time in the 100 breaststroke. Rosenburg won the event with a time of 53.61, shattering the national record he had eclipsed in morning preliminaries. His time also broke a 14-year old school record that had been held by Denison Hall of Famer Aaron Cole ’00.

Rosenburg would also go on to swim on the winning 200 and 400 medley relay teams at the Miami Invitational as the Big Red took home the team title.

After a month-long break from competition, Rosenburg and the Big Red swimmers will return to the pool on Friday (Jan. 10) for a dual meet against Eastern Michigan at 2 p.m. from the Trumbull Aquatics Center.

Faces in the Crowd has been a continuous weekly feature in Sports Illustrated since 1956. Its primary goal is to highlight amateur athletes, and milestone amateur athletic performances from around the world.

The above is a press release taken from the Denison Athletics Website.