Coughlin Tries to Not Over Think Her 50 Free Win, Video Interview – Updated 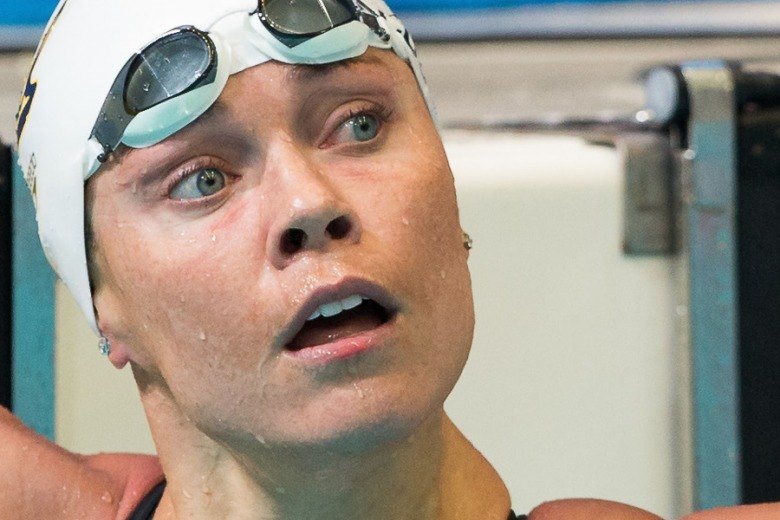 Natalie Coughlin got a fantastic start off the blocks and ended up winning wire-to-wire in 24.97, which is within a tenth of a second of her season (and career) best times of 24.90. Second behind her was exciting young phenom Simone Manuel in 25.01, re-breaking her own National Age Group Record set in the prelims. She, like Coughlin, added an individual swim to her including in the 400 free relay with that performance.

The question becomes can either swimmer final, let alone medal, at the World Championships.

Christine Magnuson was 3rd in 25.05, just missing adding a second swim of her own.

What?? Her start was awful?? Only Natalie to say such a thing, having one of the best start & underwater in the world!!

I am glad she softened her stance on her start a bit: “could be better”. And she really did count her kicks? The training trio survived the trials unharmed.