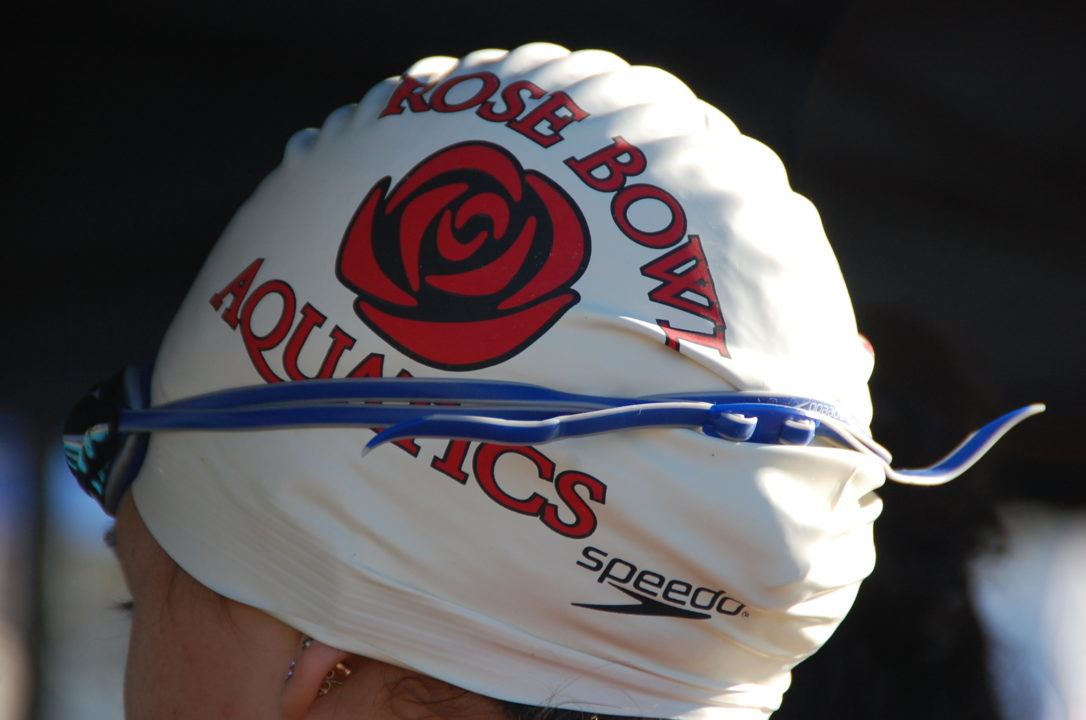 Rose Bowl Aquatics conducted an intrasquad meet this past weekend, resulting in 3 broken NAG relay records. You can read about the record-breaking relays here.

In addition to the relays, ROSE swimmers posted many huge improvements in their individual races. 17-year-old Alex Syrkin had a breakthrough in the women’s 200 free. Syrkin topped the field with a 1:49.98, breaking the 1:50 mark for the first time in her career. Syrkin entered the weekend with a personal best of 1:52.94, which she had just swum back in March of this year. She also swam a lifetime best of 24.53 in the 50 free, chipping .04 seconds off her previous best.