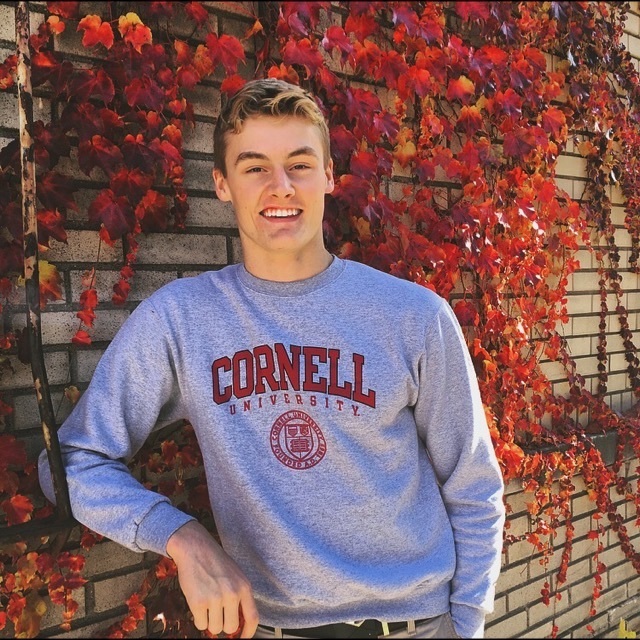 Cornell University men’s swimming and diving team has picked up two new members* of the class of 2020, Calvin Hulse of Onalaska, Wisconsin and Dylan Curtis from Centerville, Ohio.

Curtis would have scored in the C final of the 100 back at 2015 Ivy League Men’s Championship. He will have one year of overlap with Dylan Sali, one of the top 100/200 backstrokers in the conference.

Calvin Hulse is a senior at Onalaska High School. At the 2015 WIAA Boys Division 1 State Meet in February, Hulse placed fifth in the 50 free (21.38) and seventh in the 100 free (47.85). Hulse also swims for La Crosse Area Family YMCA Wave Swim Team, where he was sixth in the 50m free (24.24) at this summer’s YMCA Long Course National Championships.

Hulse concentrates on sprint freestyle; his best times include:

Hulse announced on his Twitter account, “Beyond excited to announce that I have committed to swim for Cornell University next year!”

*DISCLAIMER: Hulse and Curtis have not yet been officially accepted to Cornell. As is true with all Ivy League schools, Cornell’s Admission Office will not send its acceptance letter until the beginning of December, along with those of all Early Action candidates. The procedure for a recruited athlete at Cornell is for Admissions to review (his) transcript and SAT scores, “support (his) application for admissions in the fall,” issue a Likely Letter, then offer (him) acceptance into the class of 2020.