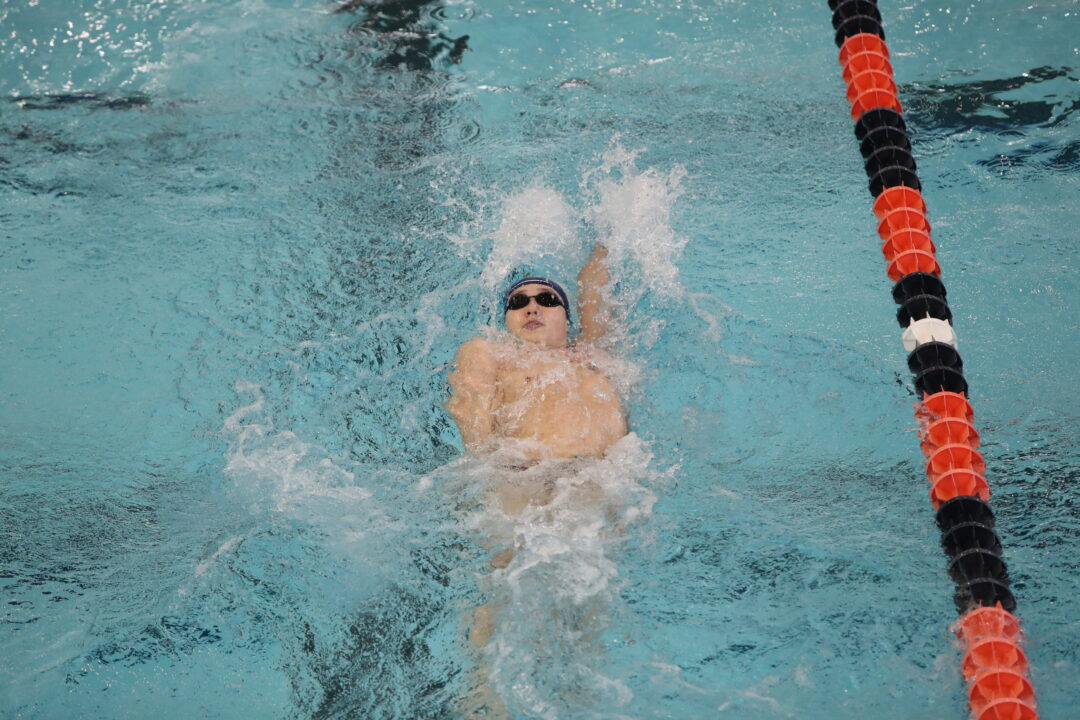 UVA’s Sean Conway led the way, in terms of total event victories, by notching his fourth win in as many days. The Cavalier clocked a 2:03.17 in the 200 back. That time just missed an Olympic Trials Wave I cut, although he already has it with his lifetime best of 2:01.86. It was an incredibly tight race, with the next three finishers all touching within four tenths of Conway, and 0.13s of each other. Conway swept both IMs and both backstrokes this week.

Tide’s Bobby Dinunzio also added to his won total with a 8:19.51 victory in the 800 free. The 16 year-old won by over 10 seconds, grabbing a lifetime best by almost six seconds, and earning his second win of the meet to go along with his earlier victory in the 400 free.

Two other men earned their first event wins on the final day. Long Reach Swim Club’s Brandon Johnson won the 50 free in 23.33, just missing a Wave I cut, but lowering his lifetime best by over a second over the course of the day. In the 200 breast, RMSC’s Alvin Kimwon also saw a big time drop, lopping the better part of five seconds of his best to win in 2:19.94.

14 year-old Claire Weinstein of Westchester Aquatic Club earned her third win of the meet with a 16:45.42 in the 1500 free. Weinstein picked up a Wave I cut, and was less than a second off a Wave II cut, while cutting 13 seconds off of her best time, after winning the 200 free and the 400 free earlier in the meet.

In the 200 back, Ali Tyler of the Cheshire Y Sea Dogs, won in 2:14.76, just off of the Wave I cut. That time was a lifetime best by over a second for the George Mason commit, who also won the 100 back the day before.

Shortly after winning the 200 back, Tyler jumped back in the water for the 50 free. The splash and dash turned into a tight race, but Tide’s Nicole Venema, who swims for Princeton collegiately, got her hand on the wall first, touching in 26.16 to Tyler’s 26.18, with the next four finishers hitting between 26.27 and 26.43. Venema had also won the 100 fly on Friday.

The final event of the meet, the 200 breast, went to Poseidon’s Molly Blanchard. The 16 year-old won in 2:35.14, knocking over a second off of her lifetime best.