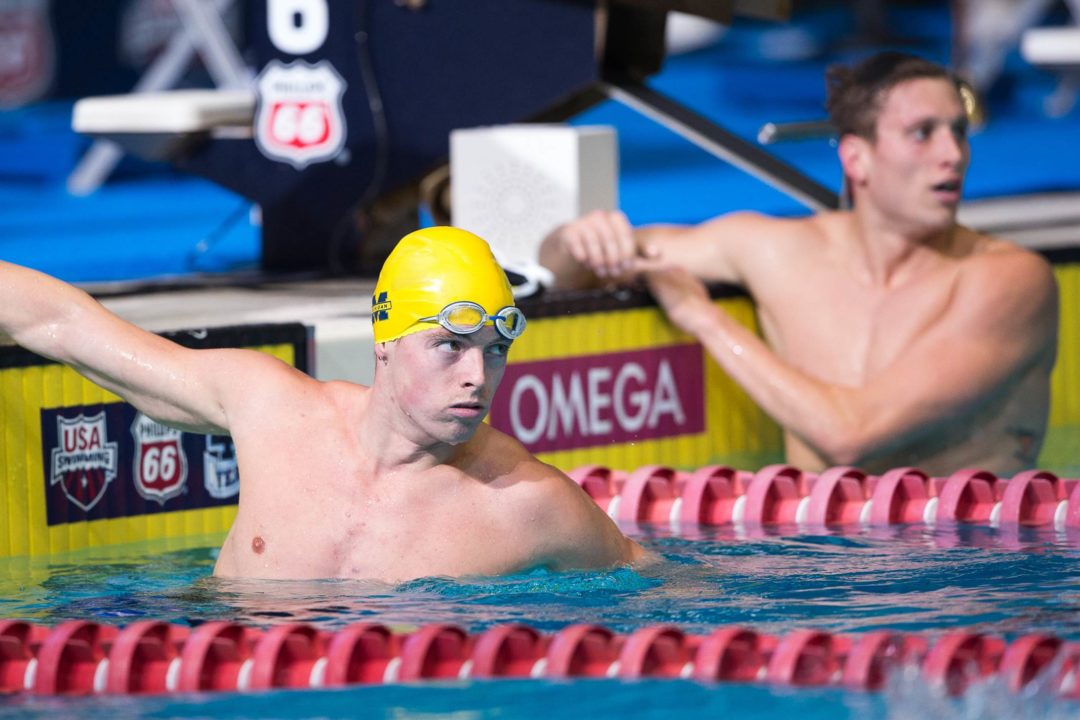 Men’s 1500 freestyle at the 2013 World Championship Trials as reported by swimswam:

The men’s 1500 freestyle was a tale of two halves. The first 750 meters was a great head to head battle between Connor Jaeger and Michael McBroom, with only 73 one-hundreths of a second separating the two swimmers at the half way point.

It was a very different story in the second half where Jaeger pulled away from McBroom and developed a lead of almost four seconds by the 1000 meter mark.

The only thing better than more cowbell is more taper.