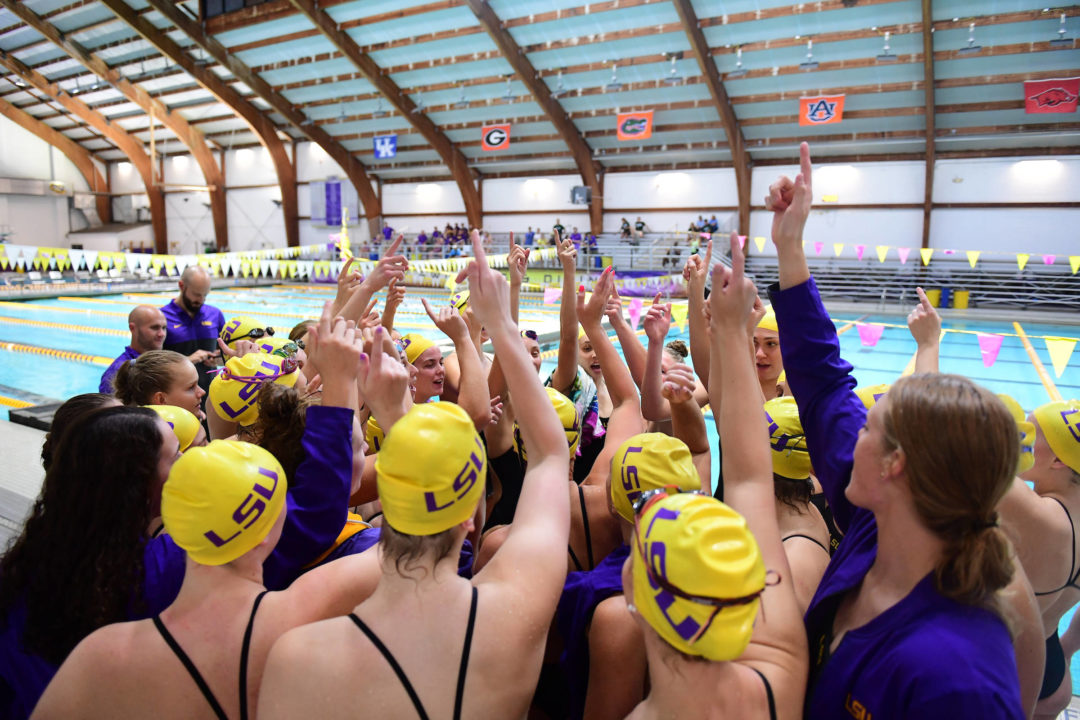 The LSU women upset Missouri and beat Florida State, while the LSU men came within four points of knocking off FSU over the month of January. Stock photo via LSU Athletics

The schedule looked brutal for LSU heading into January.

January 9: a Thursday dual against Missouri, ranked #13 for women and #11 for men. Two days later, a road trip to Delta State. Six days after that, another home dual against a ranked opponent: Florida State, ranked #18 on the men’s side. The following day, a battle with SEC foe Texas A&M (#17 women, #6 men).

But through that span, LSU came up with arguably the upset of the season, with the LSU women beating Mizzou 151-149. The next week, the women topped Florida State while the unranked Tiger men came within 4 of upsetting the Seminoles.