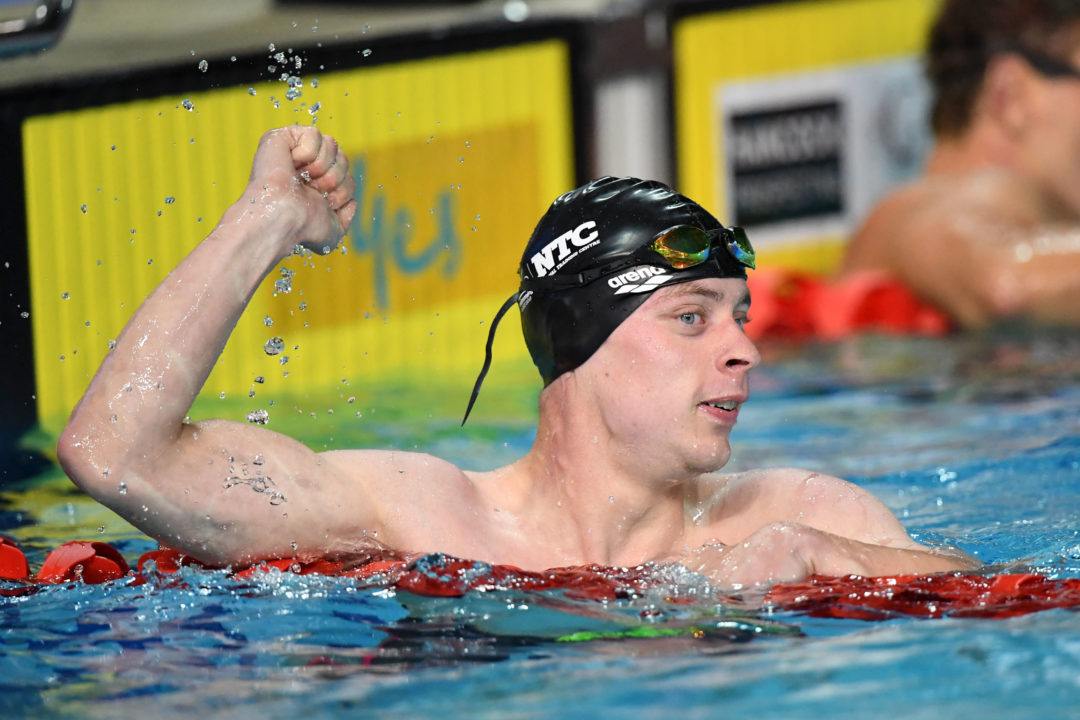 Australia's Timothy Disken is the only Paralympic champ taking the field in the same event in which he won Rio gold. Disken was the S9 100 free champ in Rio, seven tenths ahead of teammate Brenden Hall. Both are in the field this week and should battle for the event title. Archive photo via Swimming Australia, Ltd.

The Commonwealth Games will feature a dozen para-events with a pretty good – if small – field of some of the world’s top Paralympians. Here’s a look at the events included on the entry lists:

Australia’s Timothy Disken is the only Paralympic champ taking the field in the same event in which he won Rio gold. Disken was the S9 100 free champ in Rio, seven tenths ahead of teammate Brenden Hall. Both are in the field this week and should battle for the event title. Disken currently leads the world ranks by about a second and a half, with Great Britain’s Lewis White second, Australia’s Timothy Hodge third and Hall fourth. White is competing for England at Commonwealths and that field should put up a pretty stellar race.

Hall also has a shot at the S9 100 back title, where he was the Rio bronze medalist. But his teammate Hodge is the current world leader at 1:04.61, hundredths faster than Hall went in Rio. Hodge was 6th in Rio, and he’ll be joined in this field by two more Paralympic A finalists: Jesse Reynolds of New Zealand and Logan Powell of Australia.

Disken, meanwhile, could double up with the SB8 100 breast. He’s the world leader there by more than two seconds, and his closest threat might be teammate Hodge. Also keep an eye on SB7 entrant Blake Cochrane, who was the Rio silver medalist in that class and is the only SB7 entrant this week.

In the 50 free S7, Australia’s Matthew Levy missed Paralympic bronze by .08 in 2016. None of the medalists are in the Commonwealth, though, so Levy is the top threat and leads the world ranks by nearly two seconds.

The 200 free S14 returns two Rio medalists, but neither are perhaps the favorite. Great Britain’s Thomas Hamer won silver and Australia’s Daniel Fox bronze in Rio, but neither leads the world ranks. That status goes to Australia’s Liam Schluter, 5th in Rio and about 2.7 seconds faster than that time so far this year. His 1:56.69 leads the world ranks for 2018; Hamer is the world record-holder from 2017 in 1:56.18 but has only been 1:58.10 this year and Fox hasn’t yet broken two minutes this season.

It’s a good bet Hamer and Fox should be able to drop some time from their season-bests, but if Schluter can, too, this should be one of the more fun races of the meet.

The SM8 200 IM currently has a pair of Aussies leading the world ranks. Jesse Aungles is tops by five seconds, with Cochrane second. Their teammate Rohan Bright is the only SM7 entered.

The Male S9 100free is no longer a Paralympic event so pretty pointless all up.