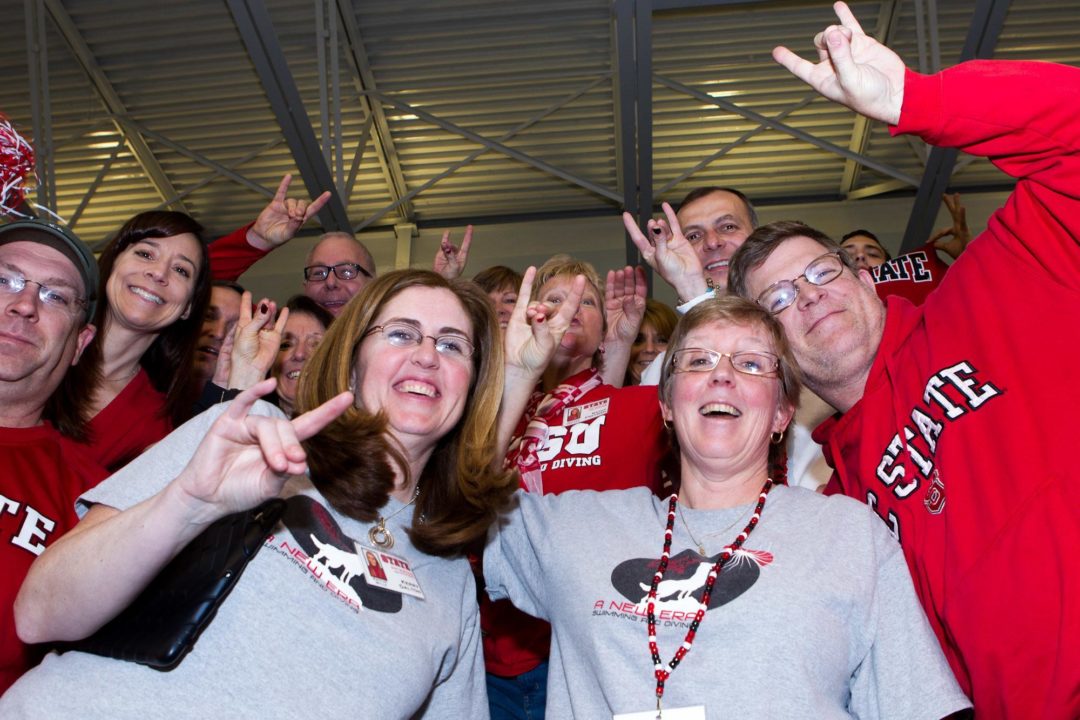 North Carolina State has added another big recruit to what has been a fantastic class so far - maybe the best in program history. photo via Tim Binning/TheSwimPictures.com

The men’s high school class of 2014 doesn’t have a backstroker who is quite at the level of Jack Conger or Ryan Murphy, but Hennessey Stuart of the Denver Swim Academy is one of the best there is, an elite level recruit, and he’s verbally committed to swim for North Carolina State.

Stuart has yards bests of 47.80 and 1:43.64 in the 100 and 200 backstrokes. That already puts him in the time-range he needs to be an NCAA qualifier as a freshman, something that the Wolfpack didn’t have last year, and by the time he graduates high school, he could already be in NCAA scoring territory.

At last year’s Colorado 5A State Championship meet (big schools), Stuart took the top seed out of prelims in a new State Record of 47.80; current Minnesota freshman Daryl Turner matched that in finals, and took the title, but Stuart now has one more year to get it back.

That was a hell of a grab by NC State.