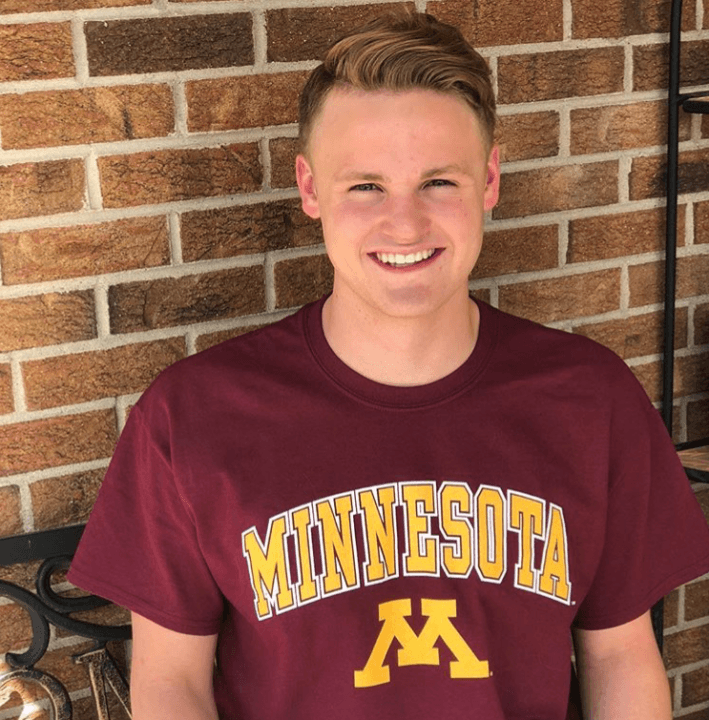 Littleton, Colorado's Gavin Olson from Columbine High School and Foothills Swim Team has announced his verbal commitment to the University of Minnesota for 2019-20. Current photo via Gavin Olson (Instagram)

The University of Minnesota men’s swimming and diving team has jumped into the class of 2019 recruiting cycle with its first verbal commitment from Littleton, Colorado backstroker Gavin Olson. Olson made our list of top prospects from the class of 2019 as an Honorable Mention. He announced his decision via social media.

Olson’s best 100 back time, swum in prelims, would have given the Golden Gophers their only finalist (C final) in the 100 back at 2018 B1G Championships. Freshman Cale Berkoff turned in their top performance with 48.32 to finish 26th. Olson would have made the B final in the 200 back, again as Minnesota’s fastest. Sophomore Nicholas Saulnier qualified for the C final and finished 18th overall with 1:43.16.

They are lucky to have him. Congratulations Gavin.