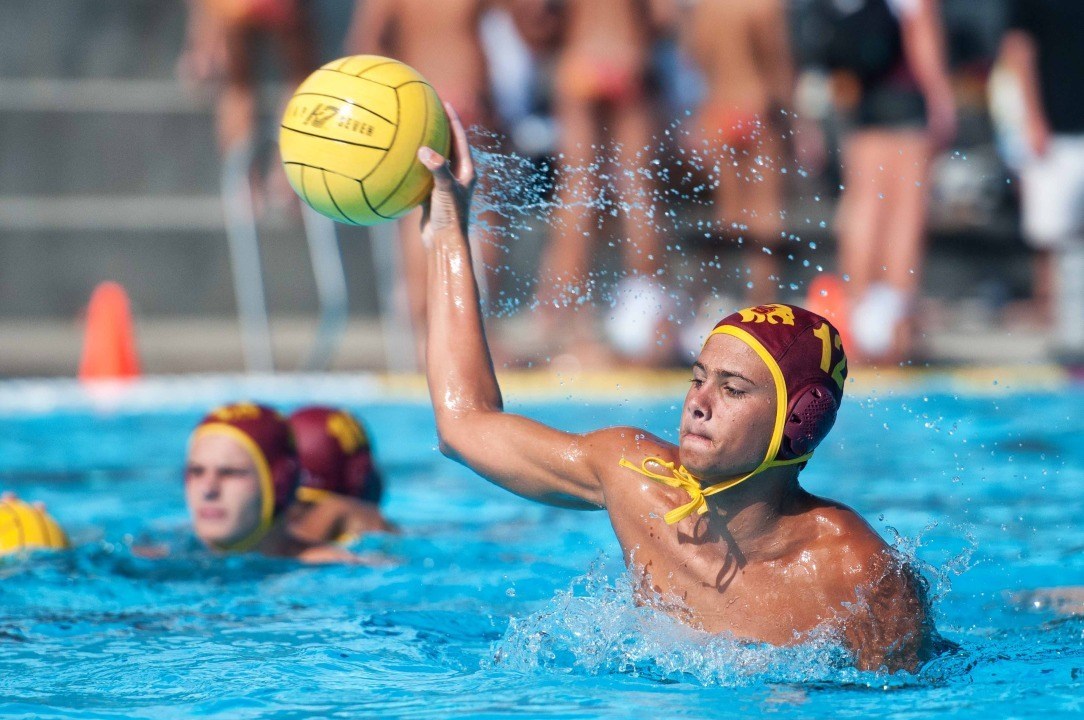 What Do Texas-to-the-SEC Rumors Mean For Swimming & Diving?

The Texas Longhorn men (above) and women finished higher at the 2021 NCAA Swimming & Diving Championships than any SEC team.

The scholarship is presented annually to a junior or senior member of the Redbird swimming and diving program.

For the first time in five weeks, the No. 1 position in the nation does not change as UCLA holds onto the top spot with Stanford University and the University of Southern California staying pat at No. 2 and 3, respectively. The first change in the National Top 20 occurs at No. 4 as Long Beach State University jumps to No. 4 and dislodges the University of California. Overall, five of the positions in the Top 10 and nine of the Top 20 change hands this week as the poll experienced some significant changes.

Whittier remains the top pick in the Division III ranks as the Poets once again garnered 99 points to top a Division III Top 10 Poll which underwent major changes for the third week in a row.

The CWPA Top 10 also experiences minor changes as the Tigers of Princeton continue to top the rankings as the unanimous choice of the pollsters. Brown University, Bucknell University, St. Francis College Brooklyn and Harvard University remain at No. 2-to-5 as the league teams prepare for the Northern and Southern Division Championships this weekend at the Massachusetts Institute of Technology and Princeton.

The University of California-Los Angeles, which topped the Week 3-5 rankings, remains the No. 1 team in the country as the Bruins pick up 100 points to rate as the unanimous top pick in the Week 9/November 5 National Top 20 Poll.

UCLA, which returned to the No. 1 spot last week to complete a four-week run in which the top spot changed hands, are followed by Stanford University (94 points) and the University of Southern California (92 points) as the Top Three positions remain unchanged from the Week 8 voting.

Princeton University (63 points) clings to the No. 9 berth for another week to rate as the first non-California team in the National Top 20, while Pepperdine University (50 points) moves into the Top 10 after ranking at No. 11 last week.

The University of California-Davis (38 points) and the United States Air Force Academy (27 points) stay at No. 14 and 15, with Loyola Marymount University (25 points) rising to No. 16.

The Poets of Whittier College (99 points), which are ranked at No. 20 in the National Top 20 Poll, remain at No. 1 in the Week 9/November 5 National Division III Top 10 Poll.

Behind Whittier, Chapman University (96 points) moves closer to challenging the Poets for the top spot by staying at No. 2. Claremont-Mudd-Scripps Colleges (86 points), which was tied at No. 5 last week, glides up to No. 3, while the Massachusetts Institute of Technology (82 points) remains locked in at No. 4.

Johns Hopkins University (77 points), which was tied with Claremont-Mudd-Scripps at No. 5 last week, acquires sole possession of the position based on the November 5 balloting.

Pomona-Pitzer Colleges (75 points) and California Lutheran University (75 points) move into a tie at No. 6 after rating at No. 8 and 7, respectively, last week.

The Tigers of Princeton University continue as the top rated team in the league as the squad picked up 100 points in the Week 9/November 5 Collegiate Water Polo Association (CWPA) Top 10 Poll.

Princeton, which finished second to St. Francis College Brooklyn last season in the CWPA Championship title game and has been ranked at No. 1 since the Preseason balloting, tops a league poll which experienced some minor changes this week.
Northern Division frontrunner Brown University (94 points) stays in striking distance of the Tigers as the Bears continue at No. 2 for the third consecutive week.

The first change in the Top 10 come at No. 7-to-10 as Johns Hopkins University (67 points), George Washington University (63 points), Iona College (62 points) and Fordham University (33 points) move up from No. 8-to-Receiving Votes.